Shared a breakfast table with overnighting fishermen who were not catching anything because of the heat. They were taking the day off and having a trip on The Severn Valley steam train, for a while I even contemplated the day’s journey using the same means. Made of stronger [read stupider] character I set off with large reserves of water, steeply, up past the authentic looking Highley station, that takes those of a certain age back in time! Note the platform ticket machine. 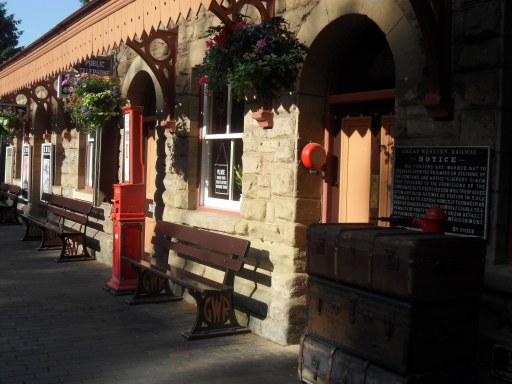 On through the site of the old Highley coal mines. This area has been expertly transformed into a local country park with several reminders of it’s heritage. 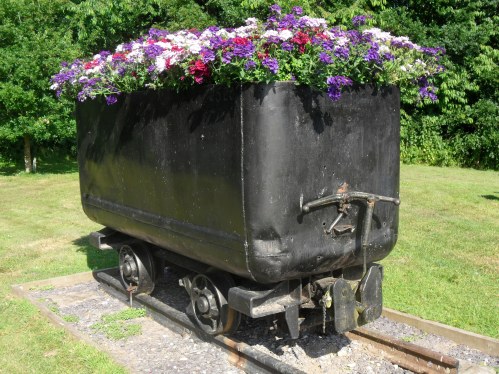 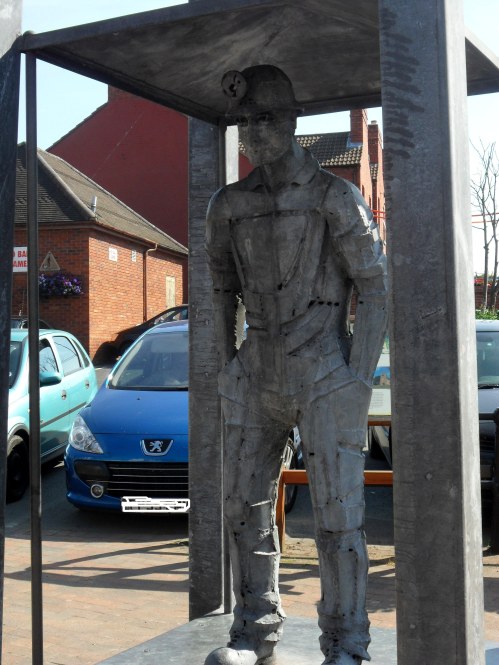 The morning was getting hotter by the minute so I was glad of a shady walk following an old colliery railway along a valley. The whole area is scattered with industrial relics. Stopped to talk to a gentleman walking in the opposite direction, it turned out he had been a coal miner in the Highley pits. Fascinating encounter, he had left the mines in 1962 as the coal dust was getting on his lungs. He remembered following seams of coal only for them to disappear in a fault. He described going down the mines on the Alveley site [east] and coming under the Severn into the Highley [west] system. He also remembered several deaths due to tunnel collapses. He was 74 and most interested in the detailed mining information in my guide book.      The mines closed in 1969.

Came out onto the road near Ray’s Farm attraction which offered refreshments. Enjoyed a coffee whilst watching the local school kids coming close to nature – a few goats and chickens.

Today’s walk was quite long and tortuous so I decided to save a couple of miles on a short cut down a lane and then through fields. Things didn’t work out too well as the footpaths were overgrown and almost impassable, also I got lost and ended up bushwhacking and cursing across fields and fences to escape. Short cuts don’t work! Not many people come this way. Not a good plan on these hot and sweaty days… 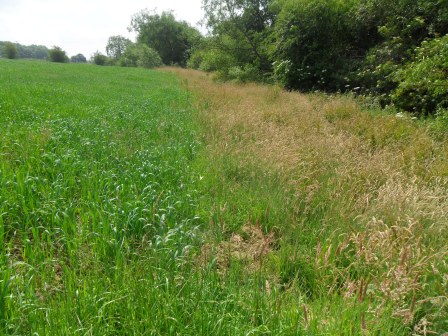 … no wonder my hayfever was playing up!

Eventually sorted myself out and came onto the road right next to the Eagle and Serpent pub. Not a name I’d come across before. 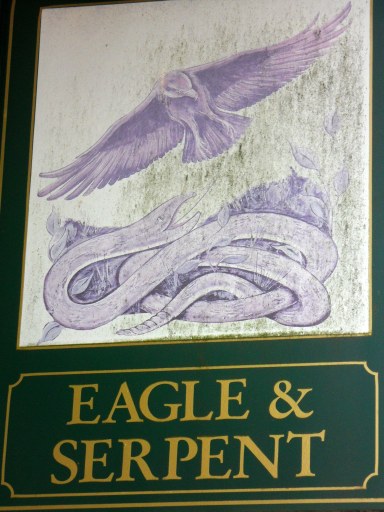 Not a very inspiring pub but a half of beer and a pint of lemonade were to become the norm on this overheated trip. There does seem to be an awful lot of local breweries producing decent beers in this area – see later re. hop fields. 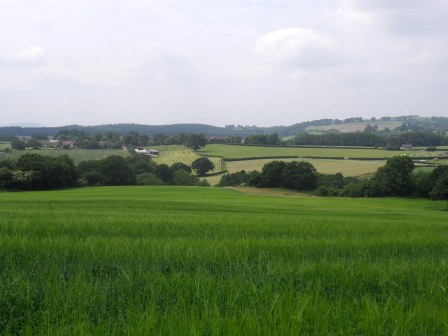 … brought me into The Wyre Forest.

This turned out to be one of the most memorable sections of the walk. This is  a great recreational area. It served as a royal hunting ground in medieval times, then its timbers were valued by the ship builders. In the 17 -18th centuries the wood provided fuel for the local iron forges as well as besom and basket making. It is one of the most important ancient woodlands in the country. I loved the variety of trees. 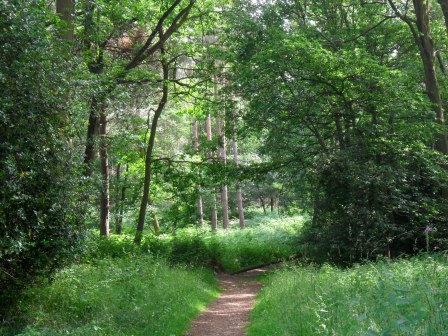 A highlight was walking along the Dowles Brook – I spotted kingfishers, dippers, herons, wagtails and woodpeckers along with buzzards and red kites above. Managed a picture of the Dipper but what  chance the Kingfisher? 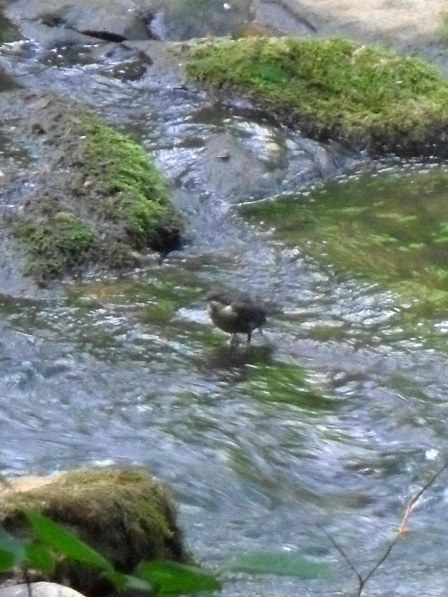 Further along was an old semi-preserved flour mill, apparently there were previously several along this stretch. 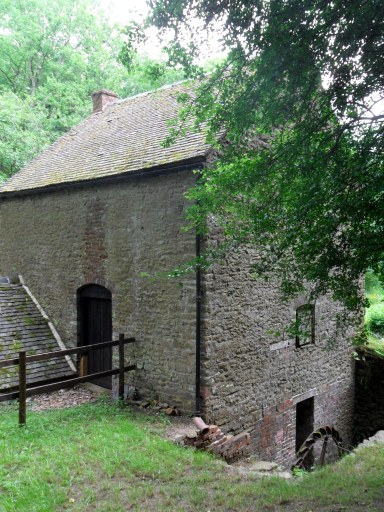 The afternoon wore on in oppressive heat, I joined the River Seven again for the last mile into Bewdley. This stretch of path coincided with The Worcester Way and I could hear the whistles from the steam trains on the other bank. This attractive town on the banks of the river was once an important port and there are many fine Georgian buildings. Today it was overrun with tourists enjoying the fine weather. 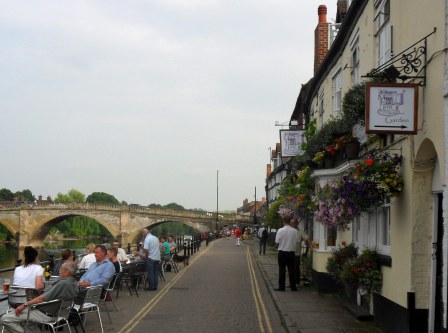 I enjoyed a pleasant old fashioned friendly B&B up in the old town. [Bank House]

An interesting way to advertise the ales of the local brewery 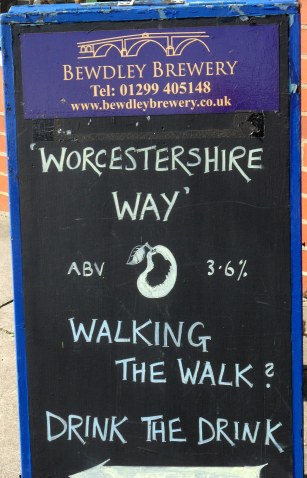 1 thought on “THE GEOPARK WAY. Highley to Bewdley.”