I’ve talked about the village of Chipping several times as I often seem to be passing through. Today I was here again for a short circular field walk that a friend was planning for his walking group. We were impressed by the tidiness of the village and the abundance of colourful floral displays, the village looked reet gradely.

We didn’t spend a lot of time in the village this morning, but it is worth seeking out the stone-built cottages,  17th century school, churches, almshouses, club row and waterwheel. On the edge of the settlement we left the road and followed an old hawthorn hedge and ditch, all that remain of a Medieval  ‘pale’. 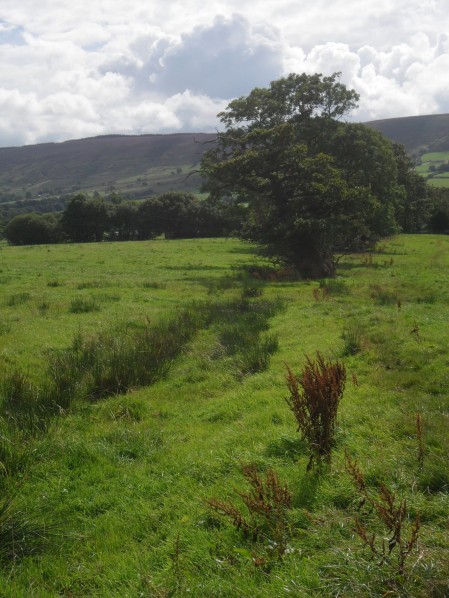 Line of the pale enclosure.

This was a wooden fenced enclosure for the deer park of Leagram Estate. There is a rare map in the Duchy Of Lancaster archives by a Roger Kenyon from 1608 delineating the park so that its boundary may be traced still. Not only did the pale keep in the deer but also acted as physical statement of privacy and privilege to the common people on the outside. This is thought to be the origin of the phrase ‘beyond the pale‘ 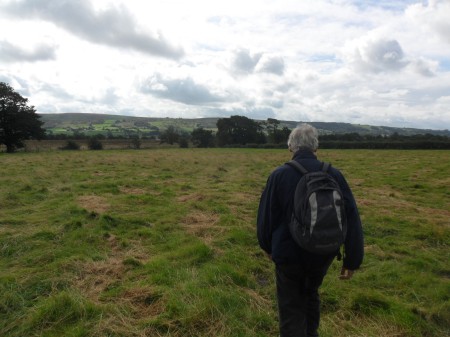 Walking ‘beyond the pale’ with Longridge Fell in the background.

We completed our simple circuit with first views to Longridge Fell and then the Fairsnape fells to the north. The route will need a few tweaks before the group use it – apparently they are not keen on too many stiles or boggy ground! There was intermittent rain and sun and the only other point of note was a ‘Zebra’ in a field. 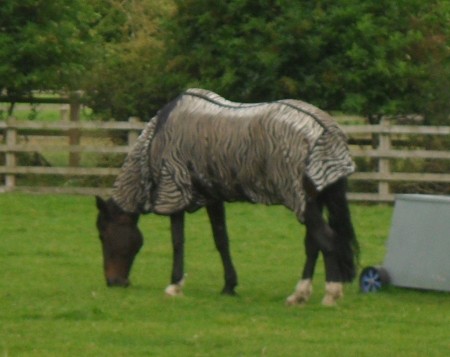 The Tour of Britain cycle race, stage 2 on Sept 7th, comes through Chipping and has a circuitous journey on the local lanes to Longridge and beyond. Hence all the yellow bikes, what Yorkshire can do so can we. Should be worth a watch.

1 thought on “Chipping in bloom.”