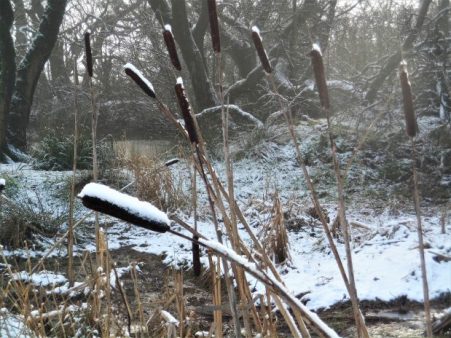 Last June I experienced problems  on one of my regular short walks from home, barbed wire across the path. I reported the obstruction to LCC highway department.  A month later the obstruction had been temporarily removed though no stile provided. Early this month I had an email from the council stating that the fence has been opened up and a gate erected. This morning there was substantial snow and I wasn’t inclined to take the car onto the roads so later in the day, as there was some brightening, I thought it a good idea to do a walk and check the above footpath situation at the same time. 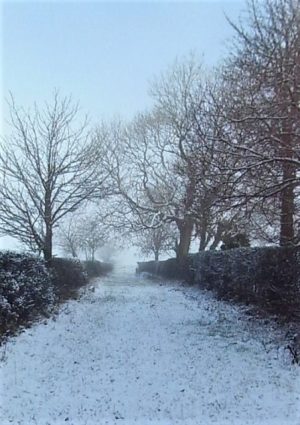 Once off the road I was on virgin snow, nice and crunchy. Surprisingly the first stile which was in good condition had been replaced by a kissing gate. 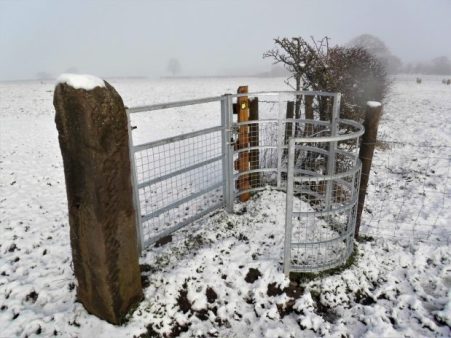 Walking on I could see that the obstructed fence now also had a brand new gate. Problem resolved.

On closer inspection the gate had not been fitted correctly and wouldn’t close so the orange bailing twine was being utilised. Shoddy and no doubt expensive workmanship. 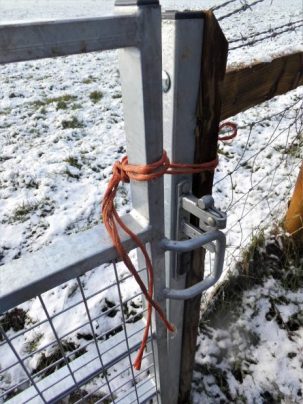 Anyhow I could now proceed with the walk which I continued across fields to Gill Bridge and then quiet back lanes to pass through the grounds of Ferraris Country Hotel. The bad weather had resulted in fewer visitors than usual. 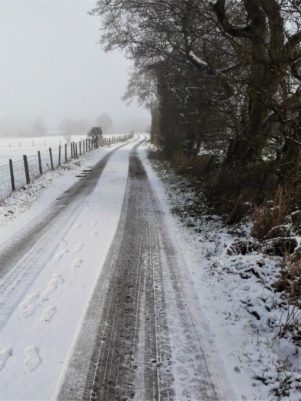 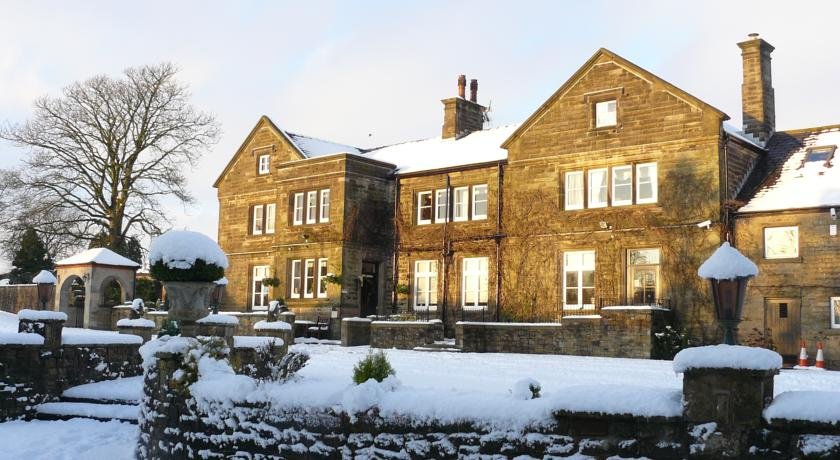 The sun was making a brief feeble appearance as I walked home past the cricket pitch.