Following on from the last post I have found some old pictures of the quarries in Longridge. 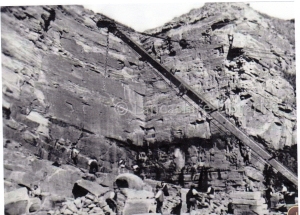 At the end of the 19th century, a third of Longridge’s workforce was employed in the stone quarries. High-quality stone was used in Liverpool, for the docks, Blackpool and locally for housing. Quarrying was a dangerous activity as the two following excerpts show. 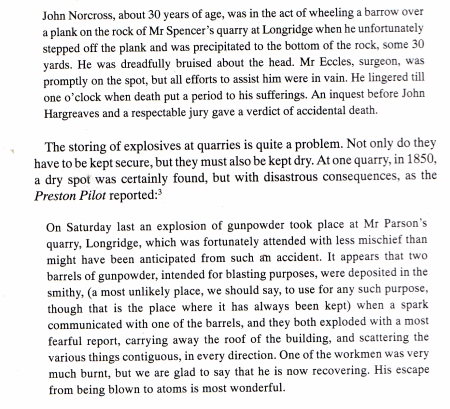 As bricks and concrete became more established the quarries declined and the larger concerns pulled out. Despite this Copy Quarry [Green Bank] was reopened briefly to provide hardcore for the M55 motorway to Blackpool. Hence we have now inherited ‘Craig Y Longridge’ secured by the BMC. [British Mountaineering Club]