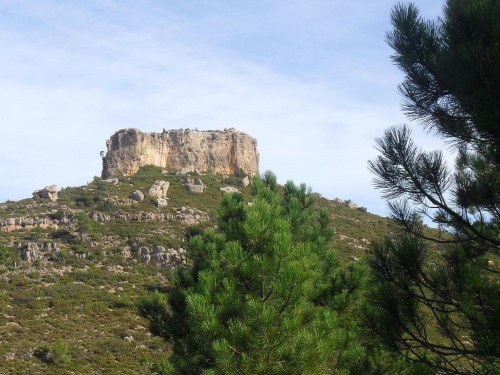 We were not in a rush to get away in the cool morning. It was not light till 8, so a brew in the tent was appreciated before packing up. Well marked trails took us towards the summit of Caroche which looked like something out of Monument Valley with its rock towers. A lot of weaving about eventually saw us at the Collado Caroche where we expected to find water. There was a large collecting tank and feeding it a sparkling fuente, possibly blessed!  – time for a snack and drink. 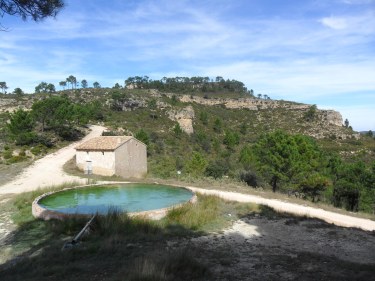 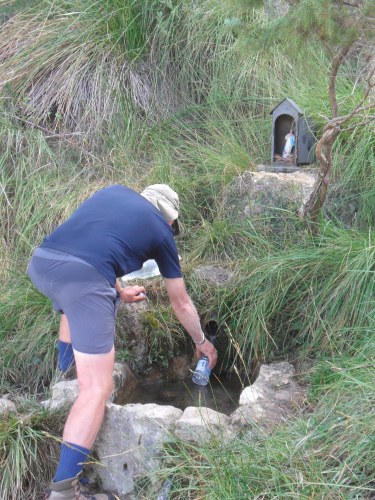 There seemed to be lots of tracks converging on this spot which is in the middle of nowhere and miles from any habitation. despite the isolation and rugged country we never saw a raptor all day.

Having topped up with enough water for the night we climbed over another col into the next valley which was lined with cliffs as far as the eye could see. More visions of Colorado. We were walking along the left hand rim with great views down into the now uninhabited valley. 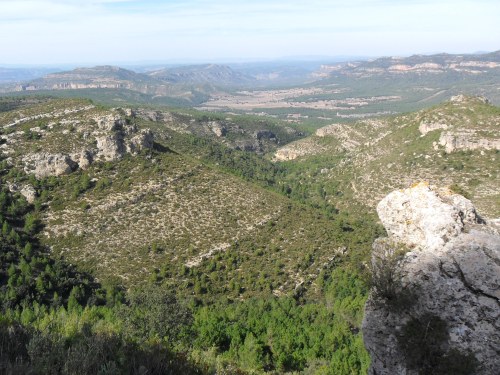 Along the way we spotted lots of ‘praying mantis’  type insects….. 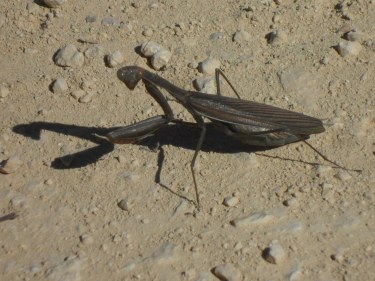 The dirt track kept high until it met a road coming from nowhere and apparently going to nowhere. This zigzagged down into the valley of Canadas which at one time must have been a thriving agricultural area. Now only a few olive fields and walnut orchards survive. There were however some fig and almond trees by the road side to provide us with some snacks on the way. 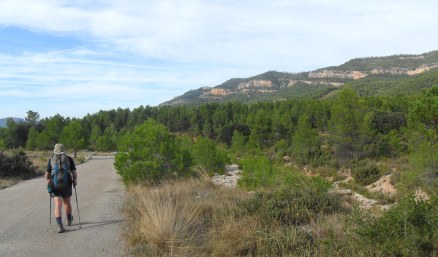 Getting tired as the day wore on, this valley goes on for miles, we spotted a suitable flat piece of land next to an old casa for camping, The Fuente Sacaras would have to wait till the morning, we had enough water for the evening’s cooking. 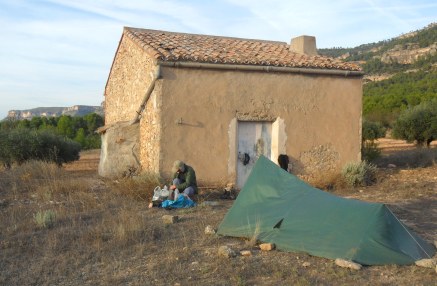 Unfortunately the ground we had chosen was full of those very prickly, round, mine-like burrs which are not good for pitching on. As it happened I came across the key for the rat infested house and we salvaged some plastic proven bags to underlie the tent – problem solved. A couple of chairs and a table also proved useful for supper!  Beautiful sunset over the cliffs and soon the full moon was illuminating the valley.                           Magic. 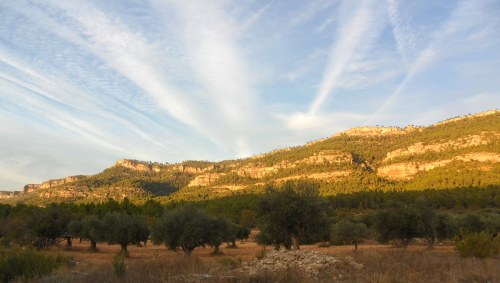