Now that I’m back and sorting through my photos I have a few more observations to make on the King Ludwig Way and the area in general. Bavaria is a unique region,

In no particular order……….

1. Guide Book. A new one is needed to enthuse us Brits to visit this area. Mine was from 1987 though not a lot has changed. The walk is undulating but not strenuous. It is full of fascinating sights in a lovely corner of Germany – would suit the casual walker as there is ample opportunity for accommodation and refreshment.

2. Waymarking and signs. The waymarking has been updated recently and you will never get seriously lost. 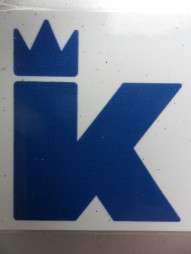 There are a multitude number of routes. 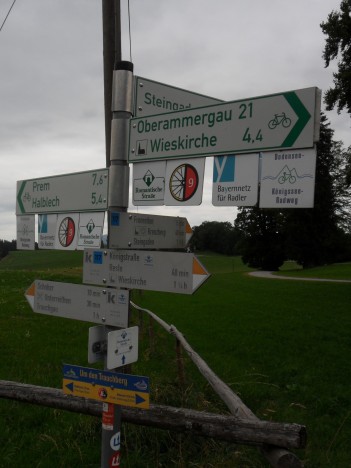 3.Cycling. If you don’t fancy walking it there is an alternative cyclists’  way. Cycling is big in these parts – its fairly flat and there are lots of signed cycling routes on virtually traffic free lanes. In any case cycling is far more popular and catered for in Germany than in Britain. Everyone does it and they start at a young age. 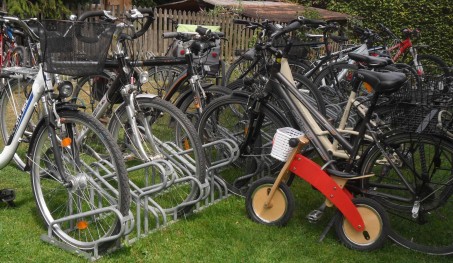 4. Maypoles and births. Every village seemed to have a tall, blue and white striped maypole whose decorations usually reflect the area’s history or commerce. Presumably they  feature in May festivities.

Also of a similar celebratory nature is another common sight – signs outside houses where there has obviously been a recent family addition, nice touch.

5. Painted houses. Many of the houses in the villages have painted motifs on their walls. In most cases these are motifs reflecting and emphasising  the architecture or nature of the building but in some cases an actual picture had been painted on a wall. Must make redecorating hell. I saw two ‘wall painters’ in Fussen but they were having a fag break so no action photo. 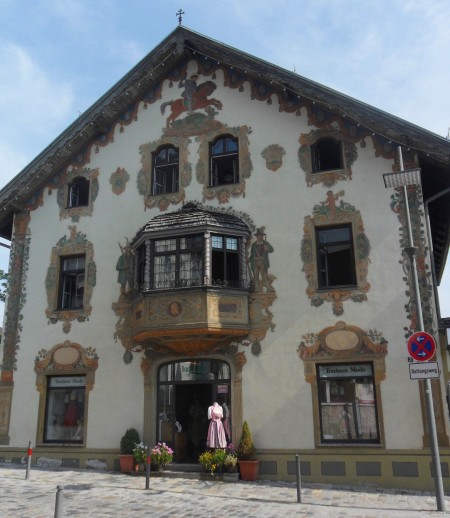 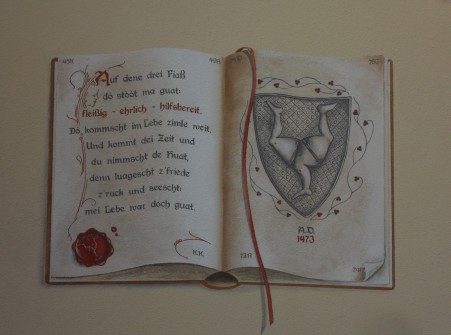 6. Log piles. These are everywhere, from the forests to the villages. People go to lengths to have the tidiest winter log piles next to their houses. They become almost an art form – what about ‘a crate for the Tate’

7. Language. Ashamed I didn’t get to grips with this – next time.

What about all those long words …

Even had difficulty hearing what greetings passing people gave me, only fully understood when a welcoming village road sign spelt it out – gruss gott. 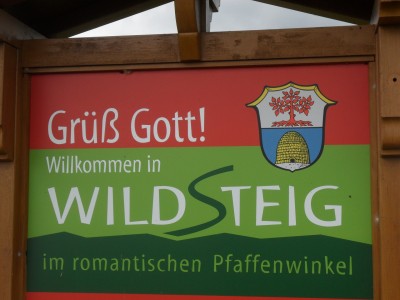 8. Taps and water-troughs. Often coinciding with a pilgrims route linking churches and shrines there are plenty of watering points. This one caught my eye .. 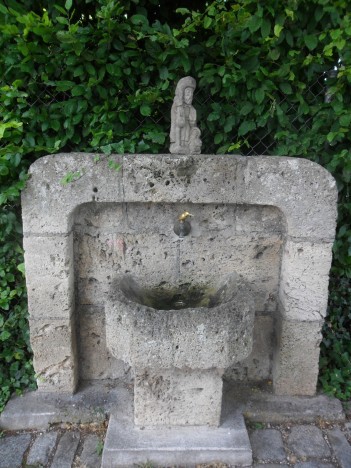 9. Best Flowers in Show. The winner was a house in Diessen but I didn’t take a picture for some reason!   The Runner up was…

10. Pillows. Will miss those lovely soft pillows and duvets. 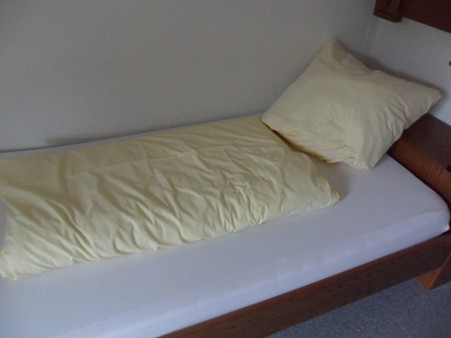