Despite not winning the Lottery Jackpot of X million I woke to a new dawn bringing in colder weather with thankfully less rain. 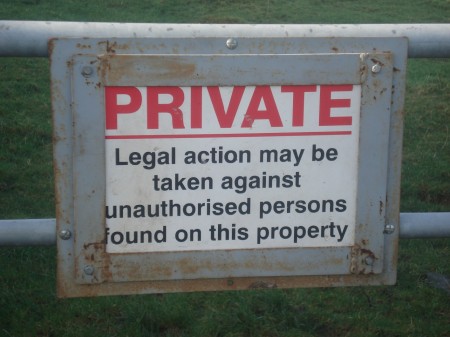 Are you inspired by the familiar or the unknown?  On our most recent trip, Sir Hugh and I were soon faced with the above sign. To avoid arrest or worse I shan’t go into full details of today’s walk. The virtual views from the summit included an alpine Langdale Pikes.

We had originally planned a full days walk further north but on seeing the latest forecast I suggested a shorter morning’s stroll visiting Williamson’s Monument on High Knott. This has an interesting history – ‘the cairn was erected by the Rev T Williamson in memory of his father who used to climb up to High Knott every day before breakfast’  The tablet in the cairn states  In memory of Thomas Williamson of Height, in Hugil, gent who died Feb 13th 1797. Aged 66 years. Erected 1803.  Why is there no official access to this monument?

Once we were up here Sir Hugh was charged to cut across pastures new to a couple of nearby fells, Hugill and Reston. I had to follow him through bogs and over fortified walls, we should not be doing this. We were rewarded with unusual views down into Kentmere from the first and into Staveley and the busy road at Ings to Windermere from the second.

At 12 o’clock when the rain arrived on schedule we were sitting in the porch of Staveley Church enjoying a hot flask. it was then a short walk back to the car.

9 thoughts on “Three in one Outlying Fells.”