The sign above my Bridgwater b and b stated “simple home comforts for hard working folk”. Most of the hard working folk here are Eastern European and they are up and about all night. Makes me realise what a sheltered life I lead in my Lancashire village. Bridgwater is an old port and the constant screaming of seagulls give it a nautical air. 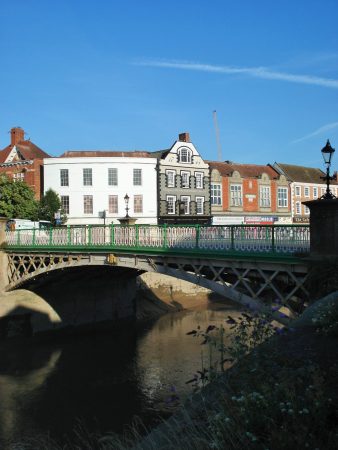 It took a while to walk out of and I was glad to be in the rural Levels, a flood plain that has been drained to provide agricultural land, both arable and pastoral. A lot of the fields are divided by ditches rather than hedges. The paths were poorly marked and overgrown, a large scale OS map was essential to find the little plank bridges spanning the dykes. 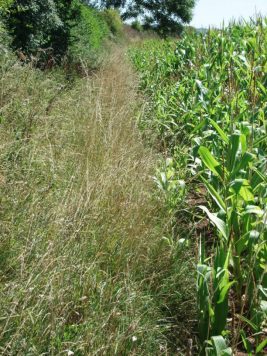 The walking was of course level as I made my way between small hamlets – Chedzoy, Parchy, Sutton Mallet and Moorlinch. Interesting  squat Somerset churches were visited. The one in Sutton being particularly fine with its wooden box pews. In the church yard I sat on a seat donated by the BBC after shooting an episode of The Monocled Mutineer, a historical drama I had missed. 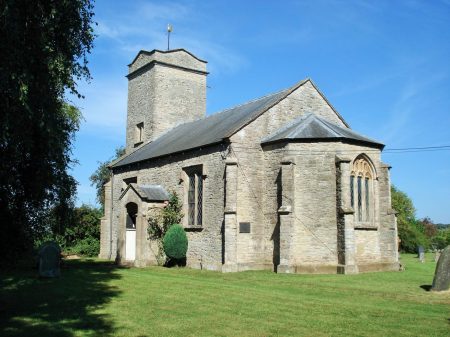 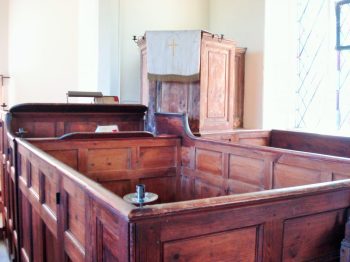 Behind were the Quantocks and ahead I slowly climbed into The Poldens. There was a messy section through farmland where you were made to feel unwelcome. Any  Samaritans Way signs had been a rarity.

At last I was on open ground past the conspicuous Windmill Farm and onto the highest point Walton Hill 82m!  A nearby viewfinder from 1940 has been made redundant by tree growth. In other areas there were good vistas across the Levels and to the north up popped the strange Glastonbury Tor. 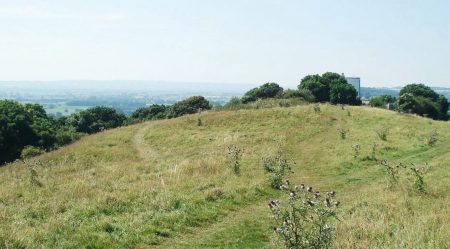 All downhill now to Street which came as quite a shock – a shopping extravaganza and a busy outdoor pool resembling the seaside, the temperature was in the high 20s. Cider and fish and chips seemed appropriate. 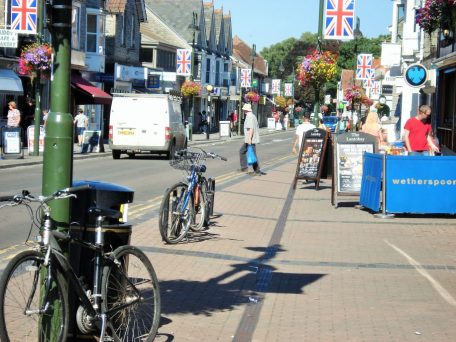