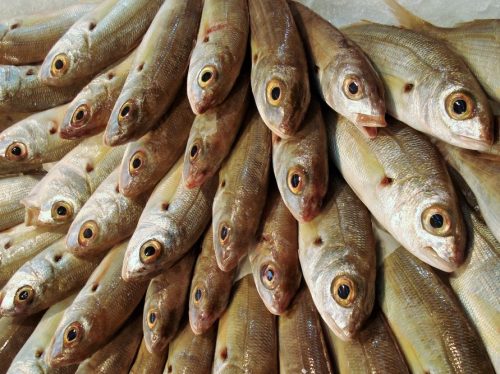 How to pass a day away.

I had a day to spare but was unable easily to get back up into the mountains so I decided on a leisurely day in town. Puerto del Rosario is the working capital of the Island and is based on its busy port. First impressions are of a self contained town with the locals going about there business away from the general tourist traffic. My hotel  http://www.hoteltamasite.com/ was a typical Spanish town centre option – basic and practical. Centrally situated, Spanish speaking staff, small room, noisy evenings, as a plus this hotel had a sun roof with views over the harbour. There are always bars around for breakfast and supper.

Hotel Tamasite – the blue one!

From my window I looked down onto a courtyard that had been blocked off – including an old ‘dormobile’ left in situ. 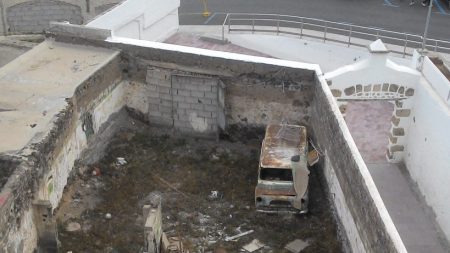 After a wander down to the small TI office on the harbour in the morning I was armed with a street map of a sculpture trail. There are more than 50 installations created in the last decade or so as part of an International Sculpture Symposium held every year.  So off I went, on the sea front the sculptures had a marine theme – shells and fishermen, in the streets above local characters, abstract objects and goats. The number of goat statues was puzzling until I read that the town was formally called Puerto de Cabras [goats] until it was thought in 1957 the new name [rosary] was more attractive. Several of the installations were on roundabouts making photography dangerous.  I called in at the museum based on the house where philosopher Miguel de Unamuno lived while in exile in 1924, I’d seen his statue in the hills yesterday. Next door was the simple Señora del Rosario church and that was it for tourism here. I regret not seeing the massive barracks of the Foreign Legion which was moved here in 1975 and apparently are still used on a smaller scale.

I only had my phone for the poor quality pictures.

Unamuno outside his house. 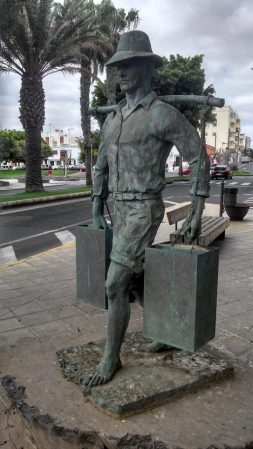 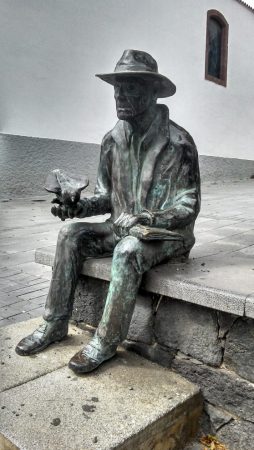 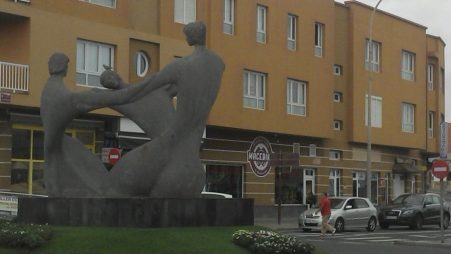 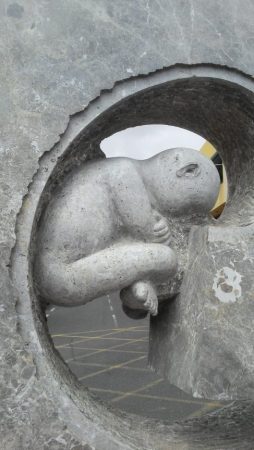 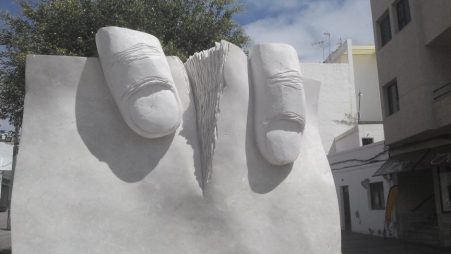 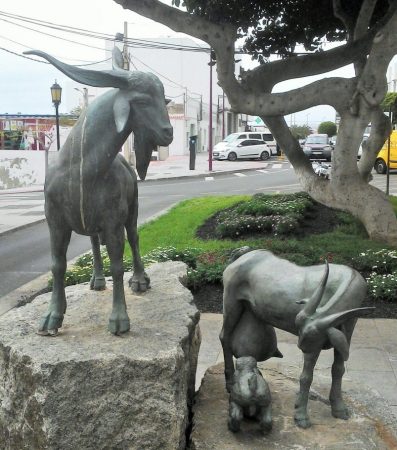 According to a well known review site two of the better restaurants on the Island are within a short distance of my hotel so I chose one for lunch. La Jaira de Demain lies up a side street above the harbour and is simply decorated with an outside terrace. I went for the menu – octopus and squid vinaigrette starter and than hake with mojo sauce for the main. Plus a sweet and wine 12euros.  Beautifully presented and delicious.

Needed a lie down on Playa Chico, the town’s beach, before my afternoon swim.

Later in the evening popped round the corner to El Bounty del Muella another small restaurant. Run by Italians the menu is Mediterranean/Canarian and is a little bit over the top presentation wise, I don’t like slate slabs to dine off. I chose ‘catch of the day’  grilled vieja [parrot fish] which was exceptionally tasty, an expensive end to my short stay on Fuerteventura. 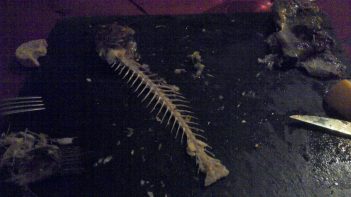