In Gisburn churchyard hidden in the long grass is the grave of Francis Duckworth, 1862 – 1941.  One of my recent diversions has been searching for significant gravestones with the help of a book by Elizabeth Ashworth – Lancashire Who Lies Beneath? and I’d recently found his. He is remembered as the composer of the hymn tune ‘Rimington’. Have a listen – 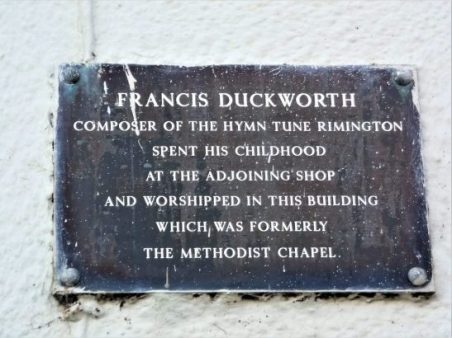 JD [now aka Doug} the Pieman and myself had started outside a Rolls Royce factory in Barnoldswick and wandered indirectly through the mill streets as close as possible to our Skipton to Longridge line. It was a perfect sunny winter’s morning.

Until the 1974 local government reorganisation historic ‘Barlick’ was in West Yorkshire, as several of the other villages visited today. The rivalry/frienship between the two roses counties is continued today and highlighted on some benches in town.

We spent the morning navigating fields and lanes past both old and renovated farmsteads, through the hamlet of Howgill and into the scattered Rimington village. We were in close proximity to streams which eventually become Swanside Beck that joins the Ribble near Sawley. 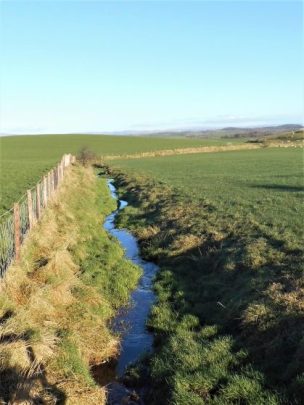 To the northeast were Ingleborough and Penyghent and to the northwest Longridge Fell, Beacon Fell and Fairsnape.

After lunch using back lanes we seemed to avoid one of Rimington’s famous features – Cosgrove’s fashion shop. We dropped down to Ings Beck and Downham Mill. 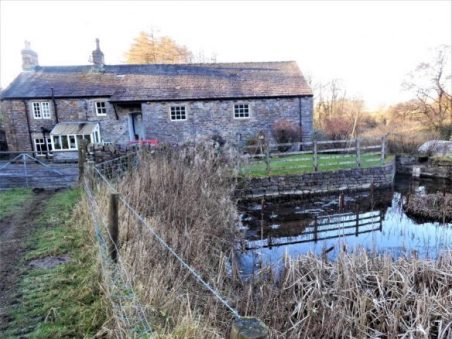 Soon the Ings Beck Joined Swanside Beck and we were alongside the familiar packhorse bridge. 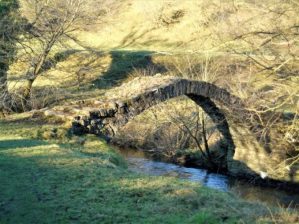 … from where there was our last view of distant Ingleborough before we stroll down into Chatburn before the sun sets. 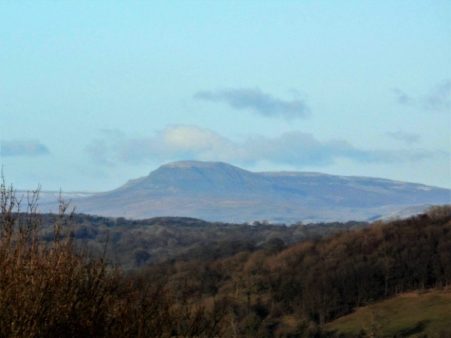