The successful walk last week along the Ribble must have been at the back of my mind when some of the family pitched up on Good Friday. So after a quick lunch of soup I suggested something similar as the weather was perfect. Parking at the Marles Wood site was tricky but we luckily managed a space as someone drove away. Since last week the bluebells have moved on a touch and the ‘blue carpet’ was making an appearance in the woods. 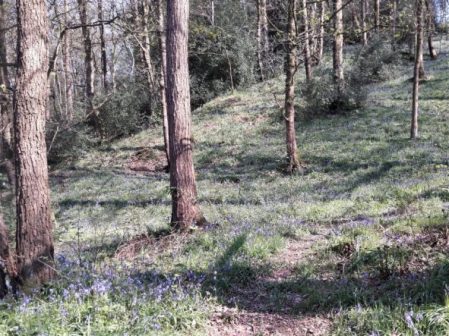 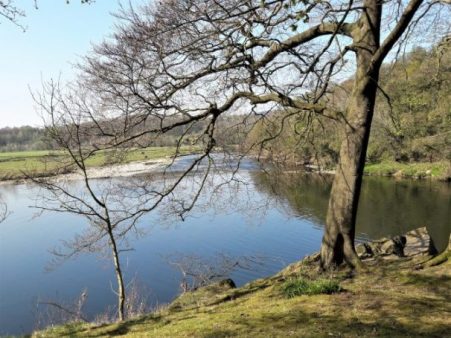 A steady stream of walkers made their way through the woods to and from the river at Sales Wheel, early picnickers on the banks had been testing the cold water and were now relaxing with beers – typical Brits on holiday, some will have red skin tonight.

We pressed on to the open area along the river and descended to the shingle beach for a prolonged session of enthusiastic stone skimming. Despite the abundance of perfect flat stones none made it to the opposite bank. 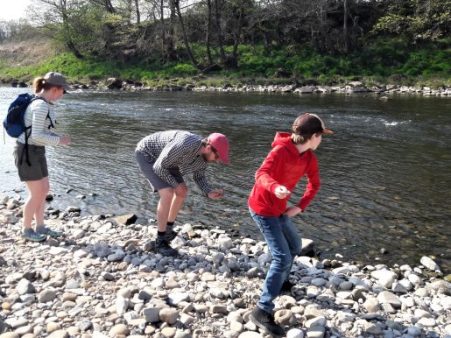 After some time simple stone chucking became the order of the day before a drinks stop. 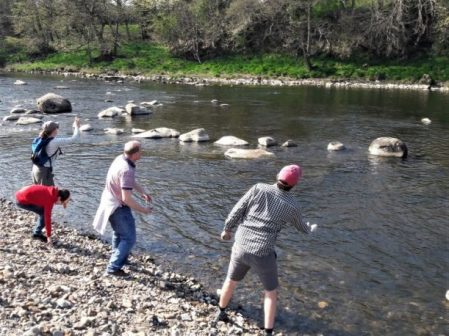 We admired the new bridge and noticed the plaque from the 1951 opening of the original suspension bridge, which I’d missed last time. 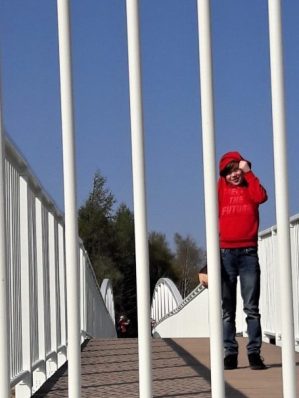 Rather than walk the long way back along the opposite bank, protestations from the grandchild, we decided to head uphill to the road on this side. Looking at the 1:25,000 I spotted a track going virtually all the way without too much road walking. Of course this was not a right of way but looked inviting so we went for it. This worked well and we followed tracks of sorts all the way without obstruction except at the end emerging onto the road where the gate was locked with dire warnings to trespassers. I was particularly pleased with the route which gave magnificent views back down to the river and the bridge as well as more distant views of Hurst Green, Longridge Fell and Pendle Hill, and brought us back to the car without too much family stress – we had only covered two miles in two hours. 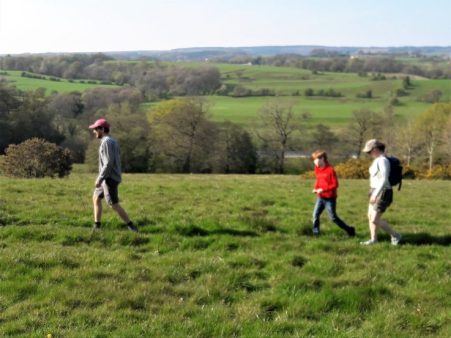 ‘forgive us our trespasses’ 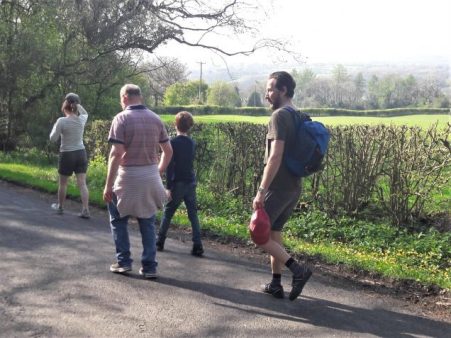 Back to my place for beers, bagatelle and Ratatouille. 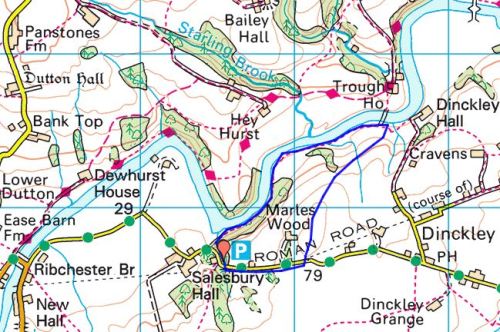 3 thoughts on “EVEN MORE OF DINKLEY ON A GOOD FRIDAY FAMILY WALK.”