When I was up on Longridge Fell the other day I looked down onto the farms and fields of Thornley in the Vale of Chipping. Near Thornley Hall, two lakes in wooded surroundings took my notice and I identified them on the map for further exploration. There seemed to be a public footpath heading to them, in fact going right through them. I’ll call them Carr Side Lakes. 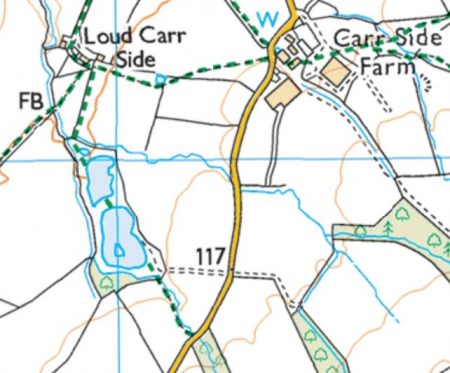 By afternoon today, most of the thundery weather had passed and the sun came out. I debated whether to cycle along but feared a soaking so I drove there and parked in a handy layby. A footpath sign pointed into the field but the stile looked unused.

The ponds couldn’t be seen from the road as there was a good tree cover but the backdrop of the Bowland Fells was impressive.   I wandered down, there was no sign of a path whereas most paths have been well walked during the lockdown. 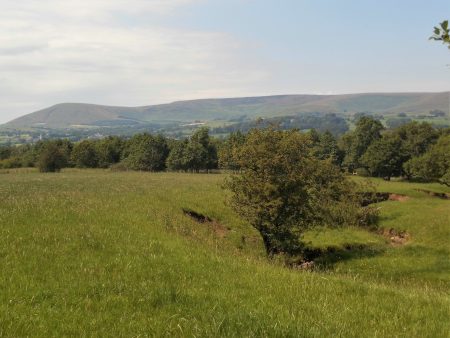 I was regretting wearing zip-off shorts when I had to push through a patch of nettles and brambles to reach a gate in a wire fence. There seemed to be a continuous Stalag type fence, was it electrified, encircling the ponds. The gate wasn’t locked but was difficult to open because of lack of use and a heavy counterweight. I looked around for any gun towers and pushed through.

More nettles followed before I emerged onto a decent track encircling the first lake. There was no clue as to where the public footpath went. Waterbirds, coots and waterhens, were swimming away with some loud alarm calls. Dark shapes were swimming just under the surface, I wondered if they were otters. I regretted forgetting my binoculars along with my zip-off trouser legs sat on the kitchen table at home. 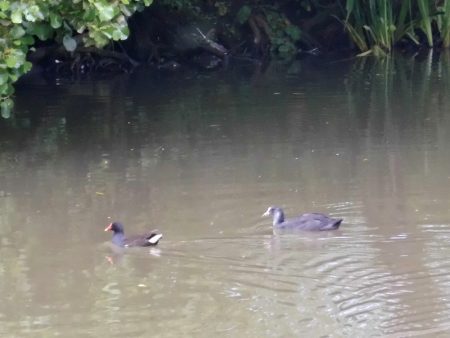 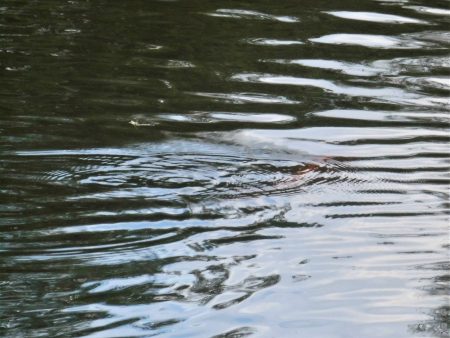 On the far side, I could see a fisherman so I strolled around to ask him about the access situation, I definitely felt that I was in the wrong place. He turned out to be friendly and chatty. His set up consisted of a tent with brew facilities, comfy chair and about five rods. He had been here since 4.30 this morning. The ‘otter shapes’ I’d seen were in fact giant carp which he had been trying to catch all day. Last week he had caught a 24lb carp and he proudly showed me the picture on his phone. The fence enclosure was to keep out fish predators as well as the public. He had no idea about the public footpath but suggested I could walk on to the second lake and have a look. I could find no obvious way out although I suspect there should be one as I was able to get in in the first place.

I spent some time watching Canada Geese with their young, I counter 12, floating about the lake. 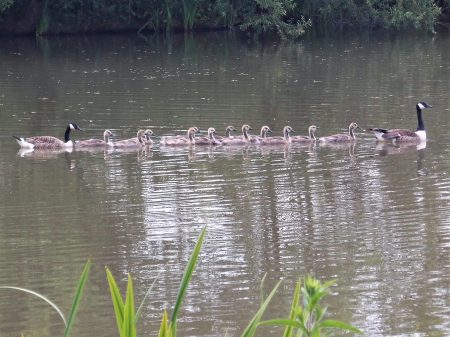 By my feet I find a lonely orchid, the leaves had spots so I think it is a Common Spotted Orchid. 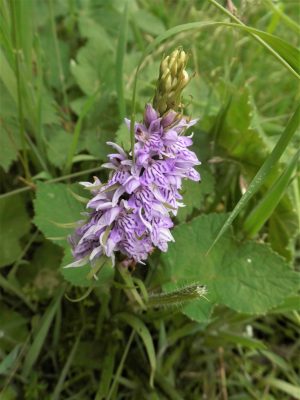 Looking back south there above was Longridge Fell from where I’d first spotted these lakes.

I retraced my steps and escaped but determined to return not just with binoculars but wearing trousers so I can explore further this delightful place.

It is certainly worth another look.