Not far away in Clitheroe are several nature reserves based on old limestone quarries. I have been jealous recently of the walks and discoveries of a fellow blogger in those reserves, especially the sight of a Bee Orchid!

Normally at this time of year I’m out in France at a friend’s house in the Lot area, The garden there and the surrounding countryside have provided me with lots of different orchids and other flora as well as interesting birdlife. Not to be this year.

I’ve not been driving far in lockdown and I keep on exploring places local to Longridge. Just down the road from me limestone comes to the surface in the Vale of Chipping and Whitewell area. Quite possibly the same series as over at Clitheroe when the whole area was under the sea, I’m no geologist. This set me thinking, plenty of time for that, why don’t I investigate further and see what I can discover. Of course, the weather has taken a turn for the worse, but I manage a short initial visit to a nearby limestone quarry.

Many farms burnt limestone, the lime being used to improve the land and in building mortar. So small limestone outcrops and kilns are commonplace. Later commercial activity developed [18 -19th century] and the book describes this at Arbour Quarry in Thornley. An early photograph shows a limekiln as a substantial structure within the quarry. Work probably stopped in the early 1900s.

I have vague memories of wandering through this quarry 30-40 years ago and there was a  limekiln in evidence. The book suggests there were two. Time to have another look. 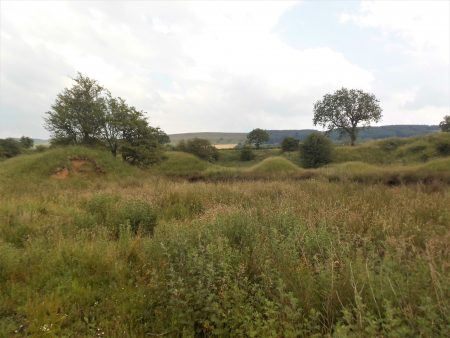 The quarry is fenced off, but a public footpath passes close by. I find a gate and walk in, a couple of roe deer disappear into the distance [a good start]. The quarry floor is a well-grassed over and there are mounds all around. At one end is a large pond with resident ducks. So where do I begin?  I can not see any obvious limekiln, so I decide to wander about and look at the vegetation. Everywhere is very reedy and boggy, not like a limestone quarry at all. There are buttercups, hawkweeds, ragged robins and vetch in profusion, and then I start to notice the orchids on the drier areas. 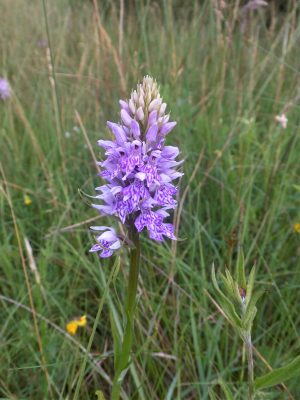 There are, now obvious to me, Common Spotted Orchids but there are also some paler flowered ones with less distinctive markings. Take a picture and try and identify later. Small Tortoiseshell butterflies were everywhere.

Nothing else dramatic was obvious, my feet were getting wet, black clouds were zooming in – time to go. I had found some orchids but was no wiser as to the Limekilns. I need to do some research on the latter and return tomorrow.

Back home I look at some old OS maps –

The limekiln appears to be in the NW corner of the quarry near the entrance. So this afternoon I  return to seek it out. I enter the quarry as before but now as I pass between mounds I look back up to the right and there is masonry. I scramble up and find a few rows of dressed stones which must have formed the top of the kiln as seen in the old picture. The top opening has been filled in.  I cannot find the apex stone depicted in the book, a lot of the stones will have been removed and used elsewhere. There are some remnants of a paved track going up the banking. 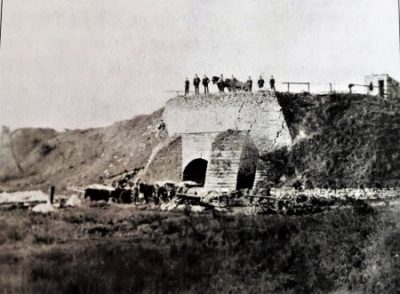 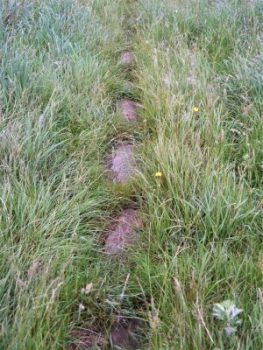 What a shame this magnificent kiln wasn’t preserved.

I attempt to encircle the quarry looking for the kiln on the far side but end up in some very boggy ground and every mound is grassed over. Anyhow, I’m pleased to have found the main kiln. 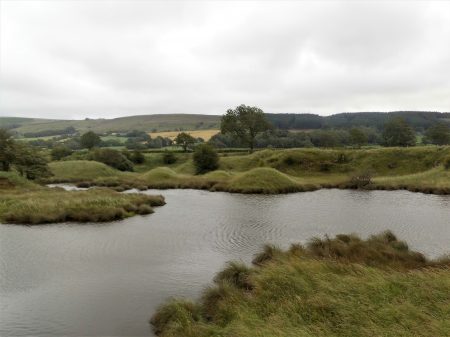 I will come back on a dry, sunny day when it is less windy and the butterflies are on the wing. You never know I might find some other species of orchids.

10 thoughts on “MY LIMESTONE NATURE RESERVE.”