On the news today people from London, Tier 4, are  being turned away from the Brecon Beacons which happens to be in Wales. It beggars belief and I would hope that they are fined, but it is unlikely. We are in the most serious phase of the Covid-19 crisis and people are not heeding the advice never mind the rules. January is going to be bleak.

My drive today was a safe three miles for a walk on lanes out of Goosnargh for some more exercise  and vitamin D.

I could have sworn from past visits that the lane down past Middleton Hall was well surfaced but no I was mistaken, it was muddier than my trainers could cope with. I carried on regardless. The views to the Bowland Hills and Longridge Fell were from a different angle to recent ones. 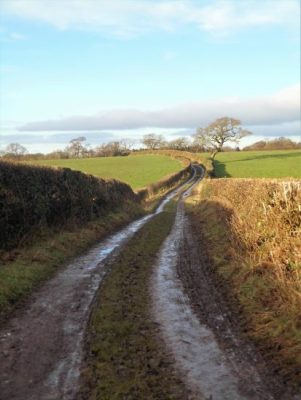 Westfield Brook was running swiftly below the little footbridge but there were signs in the fields of recent flood levels.

On the far side was a dedication bench with the quotation –  “Time is precious. Waste it wisely.” Attributed to a K Bromberg.   I wish I’d thought of that, but I’ve not even read any of her sexy novels. 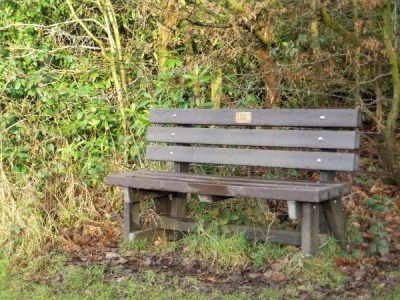 The lane did improve as I approached Goosnargh Lodge. 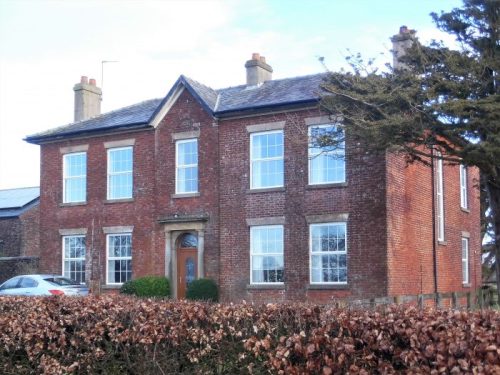 In a field alongside is a magnificent Cedar Of Lebanon, it deserves a better setting.

The roadside lodge to the lodge has been renovated.

I was then back onto roads all the way to Goosnargh coming  into the village alongside Bushell House. Bushell House has been running as a Charitable Trust to care for the elderly since 1743. My mother enjoyed her last few years there. 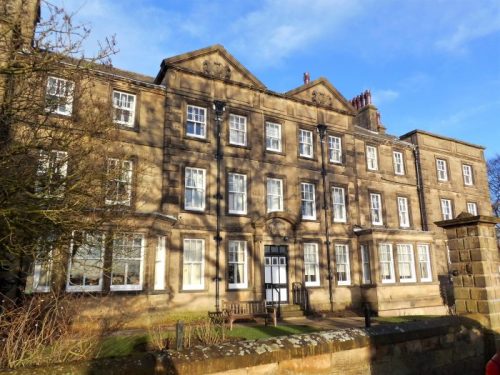 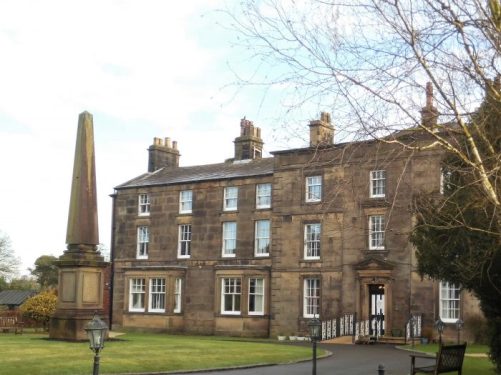 Next door was the parish church, C16th St. Mary’s. I popped my head inside and ended up in a long conversation with a long-lost friend who is a church warden. Outside is a sandstone sun dial dated 1746 and the medieval base of a cross, sadly overgrown. 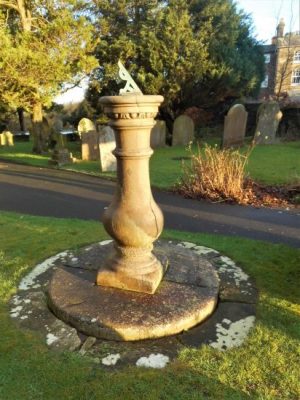 Two old inns completed the scene, Bushells Arms is now a private house and The Grapes is to let. 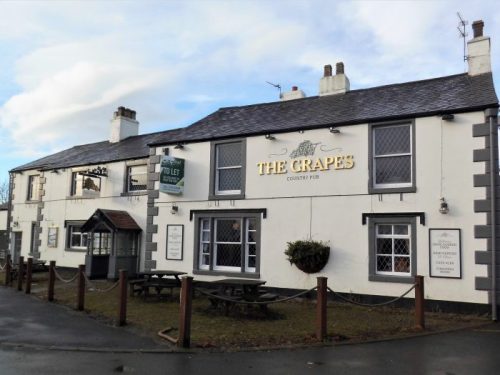 I’ll finish with the pubs and a shot of the late December sky.

8 thoughts on “SOME GOOSNARGH LANES.”