Had such a good breakfast that I seemed to be in a daze for the first hour, fortunately I was on easy to follow tracks. The church up on Hohenpeissenberg ridge wouldn’t go away.

The only decision I had to make was when to turn right in the dense forest.

Then it was steeply down to the Ammer River at times going through prehistoric vegetation. 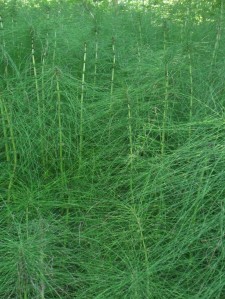 There was an hunting lodge at the bottom where I sat relaxing in the sun for awhile. I was joined by a hot and sweaty pilgrim, Uli whom I kept meeting yesterday, he had missed that right turn! 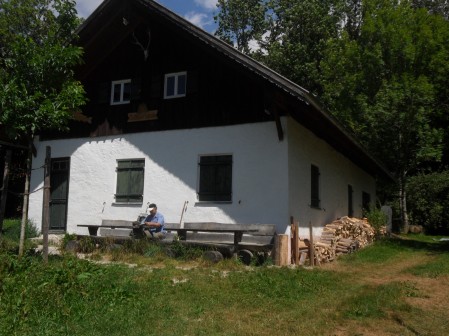 I walked alongside the river till I reached an interesting wooden roofed bridge. 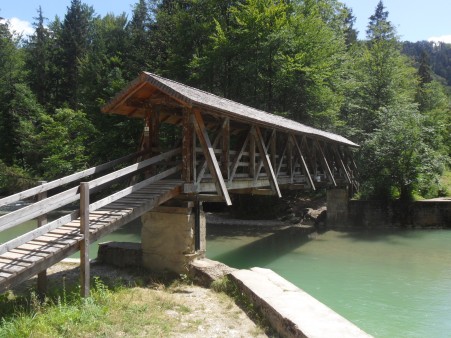 I expected to continue into the base of the gorge, but the path climbed up the side of the gorge. It then traversed high in the trees for a couple of hours,with sparse views to the river below. 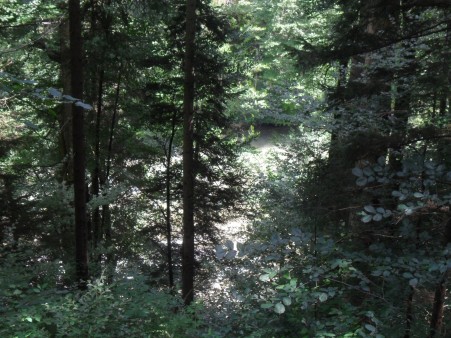 At one point a steep slope was negotiated using an old climbing rope as a handrail. 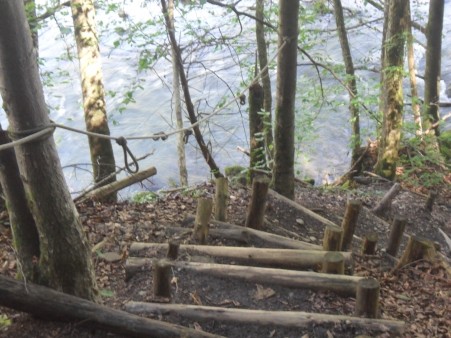 Safely down I found a little beach for a late lunch.

Then it was back up to the top of the gorge, out of the trees and into meadows leading to Rottenbuch. You enter through the monastery complex with the prominent church and its separate belltower.

I thought that the Baroque interior of the church was probably the most impressive I’ve seen so far. As you entered there was an immediate ‘wow’ factor. The colours were more subtle and the stucco work more detailed than elsewhere.

Out of interest I wonder how sinful the 18th century congregations were, there were 5 or 6 confessionals down either side of the church. 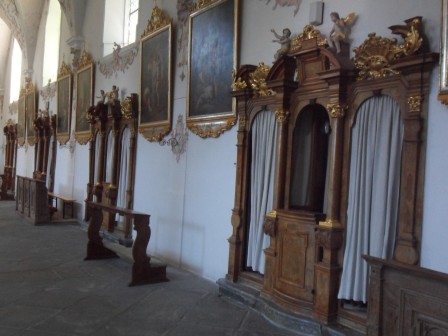 A really worthwhile visit to end the day. Now off to the simple cafe/hotel for the night and typical Bavarian fare.