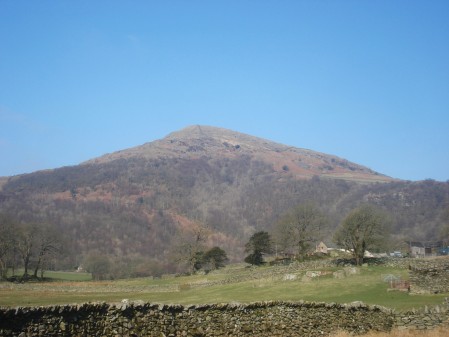 The Pike from the Duddon Valley.

After a couple of sunny afternoons bouldering at Craig y Longridge my shoulders screamed out for a rest, so I headed back up to the Lakes.  I parked up on the Birker Fell road mid-morning just as mist descended on Great Worm Fell, something about early bird catching the worm came to mind. The Pike however was clear so I climbed the boggy slope to its summit first. From this aspect all was dull hillside but once on top you realise how steep it rises from the Duddon and hence the bird’s eye view. 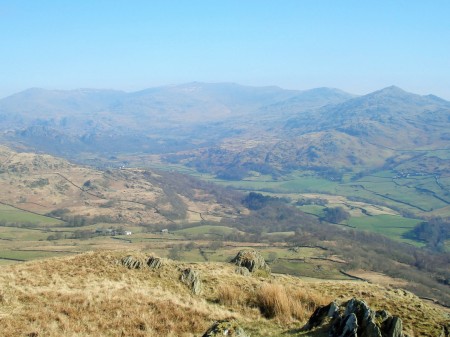 View from The Pike, Dunnerdale and the Coniston Fells.

It took forever to trudge across the depression and climb over several false tops to Hesk Fell. A few stones possibly marked the top. I realised I was overdressed for this hot sunny day and was in danger of sun burn. The sky was alive with the sound of bird song, the Skylarks waking up from Winter. 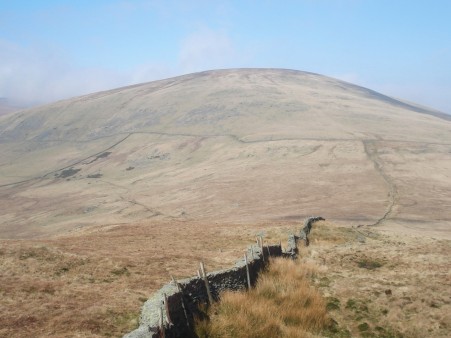 By the time I was back down to the road the mist had lifted from my original objective so I set off up again following Wainwright’s description. This was a great little circuit of craggy hill tops before reaching the rather desolate Great Worm Crag [no crag]. I spent some time at the base of Great Crag tracing out new climbs up the 40ft faces of good rock, unfortunately I discovered later on the FRCC site they have all been done before. Ah well – there can’t be many unclimbed bits of rock left on this Island. 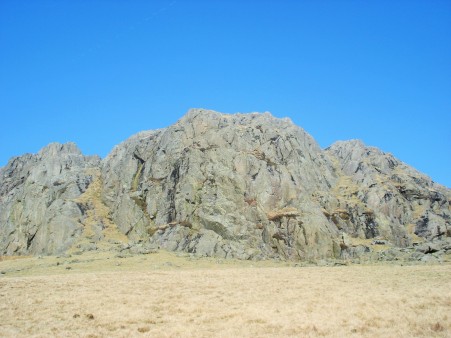 As I reached Great Worm ‘Crag’ I had the strange vision of a JCB wandering across boggy ground flattening it with the bucket. ?a new track or some strange form of land management. I didn’t make the effort to go across and question the driver. Nearby views of Green Crag and Eskdale with the Scafells and Bowfell as a background. 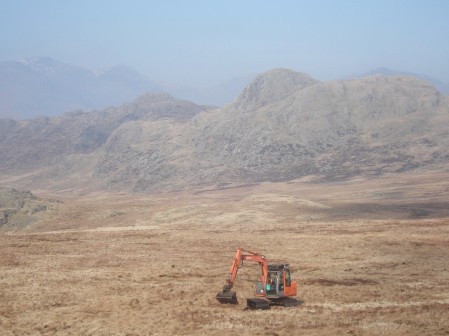 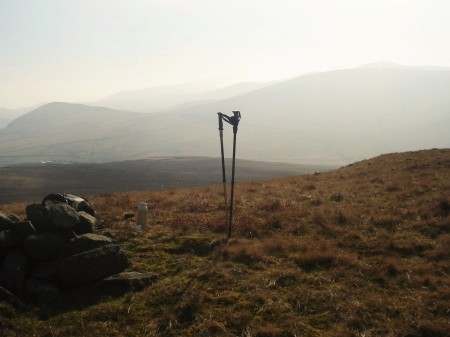 The Pike and Hesk Fell from Great Worm.

On my direct descent I came across a couple of Ravens talking to each other in a series of clicks and squawks.

The farm near my parking place was selling free eggs and I couldn’t resist, looking forward to my breakfast tomorrow. 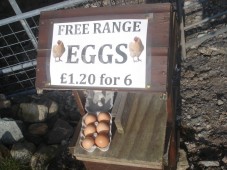 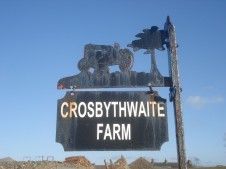 I’ve just realised there has been an unintended bird theme to this post. 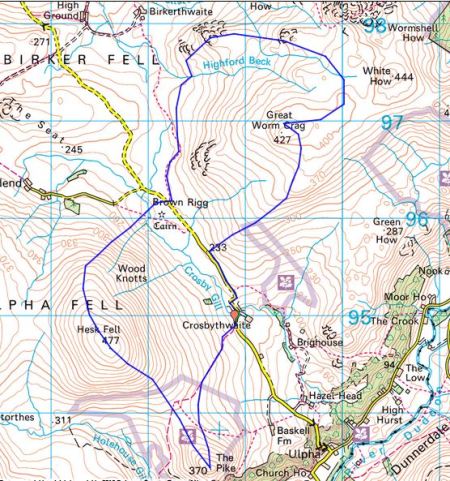