The number 8 guagua dropped me off at 9.30am with nothing much stirring in the village. The only sign of life were a few fancy dress stragglers on the bus returning home after a night’s carnivalling on the coast. A track left the village past a strange modern building and then a small chapel and monastery heading for the fine peak of Mt. Tindaya. This mountain was considered sacred by the indigenous people, looking at the picture taken from the chapel there are some ominous black clouds ahead. The ground is barren to say the least and again there is virtually nothing for the odd homestead to survive on. A board offers ‘parcelas’ of land for sale an echo of the schemes in the 40’s to try and attract farmers onto nearby land, each family was given a house, 2hectares and 56 pesetas towards equipment. Few remain. 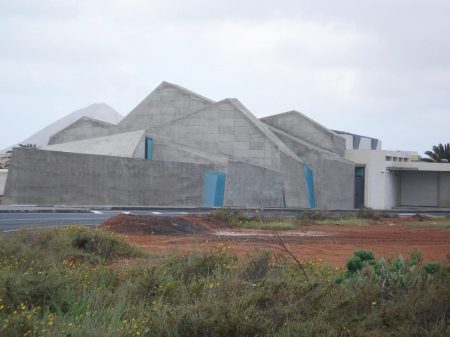 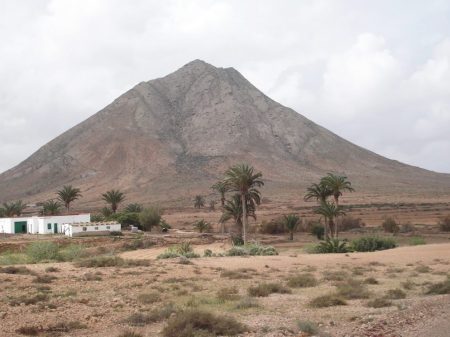 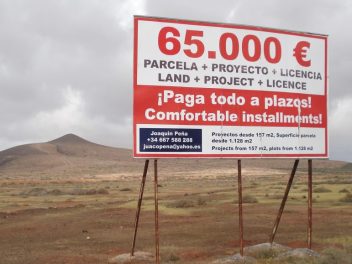 Arriving suddenly into the outskirts of the village of Tindaya a coffee was enjoyed in a little cafe bar, Los Podomorfos. Further in a shop provided some food and drink for an al fresco lunch and I didn’t visit the noisy bar. Sat outside the shop on a wall I was amazed at the number of cars that pulled up for a quick small purchase, the village seemed to be more roads than houses but a lot of people must live in the environs. Enclosures on the outskirts were full of untended Prickly Pears. These were originally introduced as an impenetrable spiny plot boundary and for there edible fruits. In the 19th century they became a source of income derived from the Cochineal beetle living on them and producing a red dye, now superseded by synthetic dyes  – hence the number of abandoned plots in this area. Human ingenuity always astounds me. Hoopoes were skipping about in the fields. 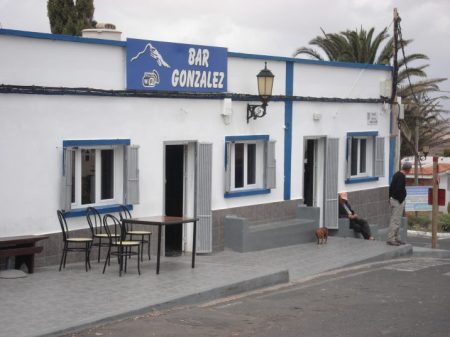 Ahead was a vast empty plain with a range of volcanoes to the SE, worryingly the sky had turned even blacker and rumblings were coming from those hills. On my right above was a statue of Don Miguel de Unamuno a Spanish philosopher exiled because of his political views to Fuerteventura in 1924 – there is a museum in his house in Puerto Rosario which I hope to visit. I don’t know why this statue is here of all places. Moving on the storm worsened, I was on the very edge of it with the occasional dollop of rain as the thunder and lightening raged on. A garden centre appeared with an unusual planter. 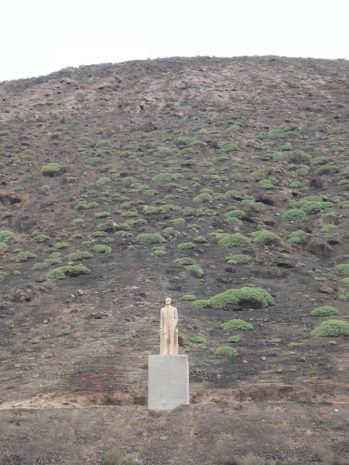 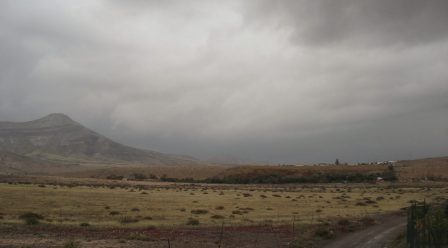 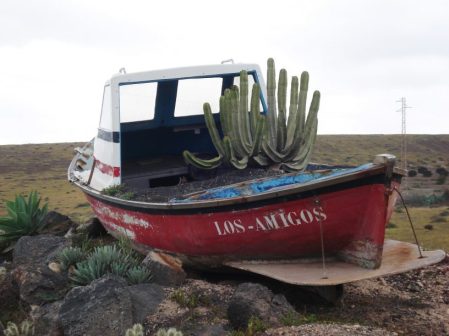 I was hoping to get to Tefia before being soaked and I did but the bar was permanently closed so a bus shelter was my refuge for half an hour. The village was deserted, a familiar statement, as I continued past an hermitage and made for an eco-museum on the outskirts. I had booked a remote villa for the night and they had asked me to phone from the museum where they would pick me up. That is always a worrying scenario for backpackers – you are losing control. There was no shelter at the museum, which consisted of an interesting group of buildings representing rural life in the last century, but the storm stayed in the mountains. My hosts eventually arrived with tales of severe flooding in other areas of the island. Their small villa was indeed remote, two Italian guys who had bought a ruin and were in the process of trying to  build a tourist business. First they need to sort out their location info as nobody would find them at present. Great boutique rooms and lovely food in an idyllic setting, if you like remoteness, made for an enjoyable stay and it turned out the GR131 was only a few 100m away.                  [ Villa Cecilio. ] 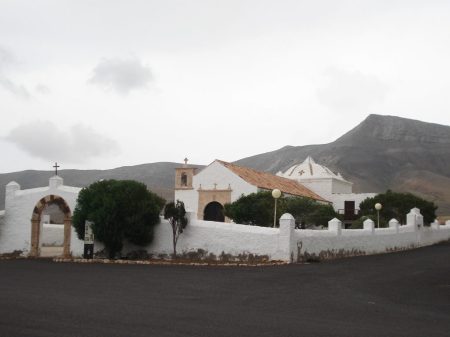 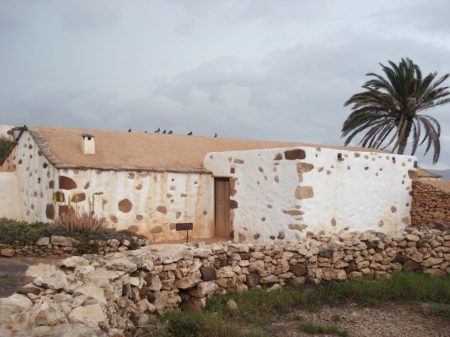 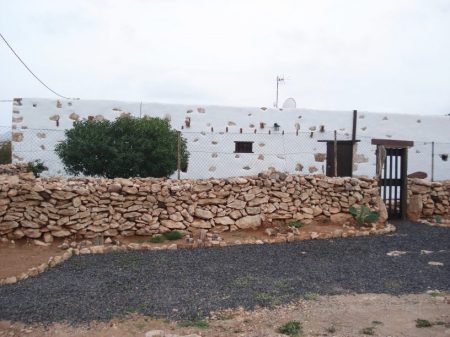 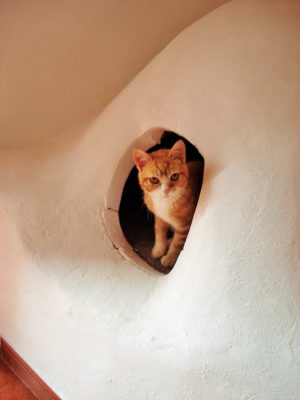