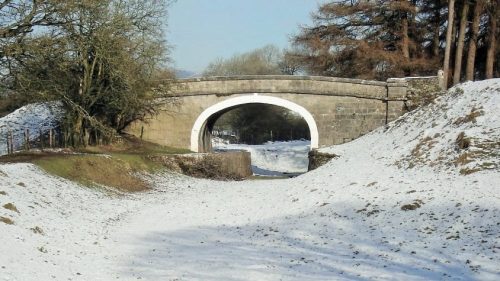 For our last day the sky was blue, the ground hard with frost and the surroundings covered in snow – magic. Of course this was all planned.

We were soon back up to the line of the canal and making good progress through the fields on the edge of Sedgwick which seemed to have some pleasant housing tucked away from modern hectic life. The village first enlarged due to the nearby gunpowder works on the River Kent, subsequently residential properties have been built in what was probably the estate of Sedgwick Hall mentioned in my last post.

The canal crosses a road on a skewed aqueduct in the middle of the village, these were built for strength.

Lovely countryside was traversed with drumlins to our right, isolated bridges and then woodland giving variety. 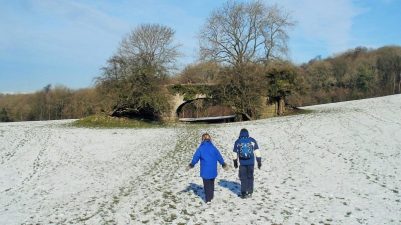 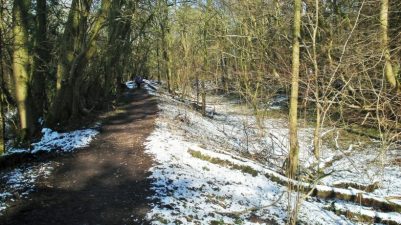 Looking to the east above St. Marks Church in Natland was an attractive Fell I didn’t recognise, looking on the map it is named The Helm and has an Iron Age Fort [Castlesteads] at its southern end. Yet another place to explore on a return visit. 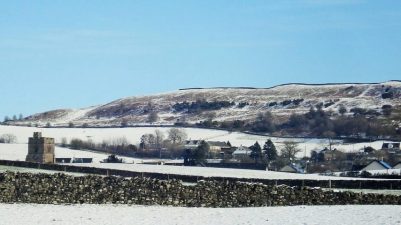 Onwards under more isolated bridges with the lower Kentmere fells  in the background. This area is well walked being just a stroll out of town.One can see why Kendal is a popular place to live – a lively historic town in beautiful surroundings.

And then we were into the streets and parks of Kendal, the line of the canal still walk-able with frequent signs. A walking cycling corridor out of town. Passing behind the leisure centre the site of old coal wharves has been utilised by local schools to provide environmental studies. 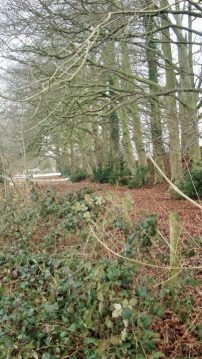 One renovated bridge had iron work alluding to the history of rope-making  hereabouts. 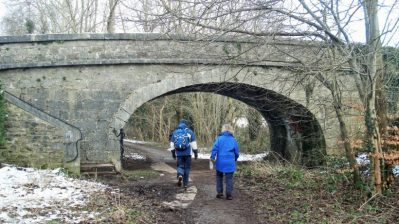 A crossover bridge is encountered and duly crossed, there have only been three on the whole of the canal.

Obvious old mills are passed, the castle is up to the right somewhere. More filled in wharves at Lound, with informative interpretation boards,  and then the main terminal basin is reached, now only identified by warehouses. These are now used for other purposes though some have links back to the past. A small building is signed as being the original ticket office for the packet passenger boats. 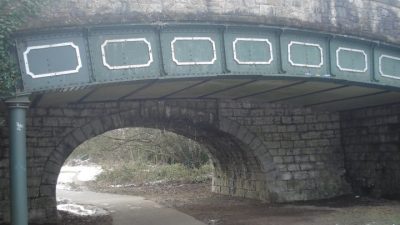 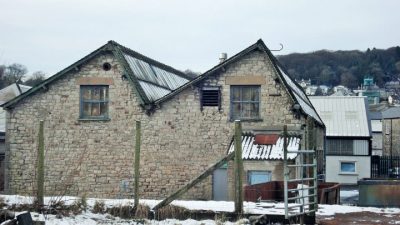 In the last warehouse, now modernised, is the head quarters of Gilkes manufacturing turbines on this site since 1856. Apparently inside are some original features of the basin. 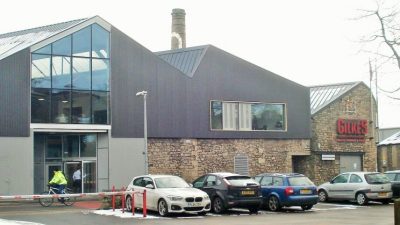 One can only imagine the industry and flow of goods right in the centre of Kendal in the 19th century. A return visit is needed to explore this industrial heritage further.

Our way across Gooseholme Bridge was closed due to flood damage, so we braved the traffic on a road bridge to reach Baba Ganoush for a welcome bowl of delicious soup. This was followed by the three of us ‘running’ to catch the 555 bus, thanks to the driver for waiting for us.

So my journey up the canal from Preston is completed. It has been a very pleasant stroll helping my hip ligament rehabilitation but more than that has been full of interest and kindled my desire to explore this area further. 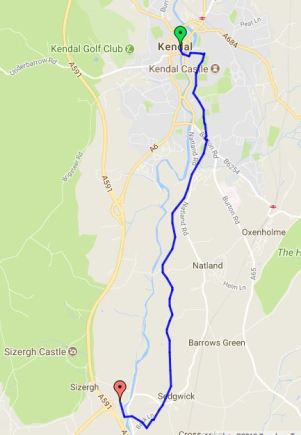