The day started dull and moist but before long brightened up with ever increasing temperatures. From the tranquility of the waterside I ducked under the A9 and followed lanes up onto the Black Isle. It’s not an isle at all, just a peninsula and there doesn’t seem to be an adequate explanation of the ‘black’ bit either. Walking along I had time to award a top 5 of discarded cans in the ditches – Iron Brew, Dr. Pepper, Lucozade,  Red Bull and Tenants in that order. Wild flowers also drew my attention in a more positive way. 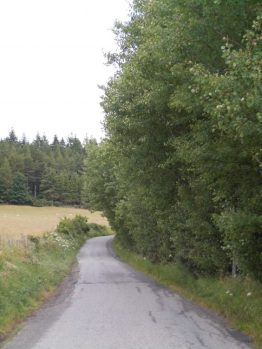 There were wooden signposts which I wasn’t sure related to footpaths or roads. The road I was on soon became a dirt track anyway to isolated farms. At the first the farmer explained to me that the dominant crop on the Isle was potatoes, which weren’t doing well in the draught conditions, there was ample evidence where they went to. 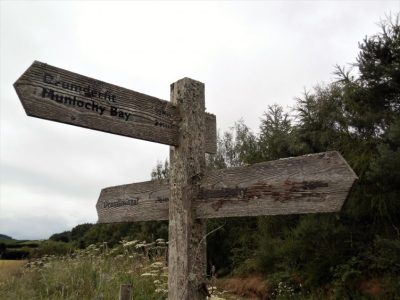 Further on was a croft where the man expressed surprise at my presence, he proceeded to tell me how he existed in this remote place as buzzards wheeled overhead. His 4 wheel drive vehicle was backed up by several identical scrapped versions lying around – “for spares”. He proudly showed me the onward path down to the bay which he personally mows for his own route to the pub. It was therefore a pleasant stroll down to the water’s edge where I met up with the real JO’G Trail which had come through the forests. My hostess had warned me about ticks and in the high vegetation I was becoming paranoid about their presence. 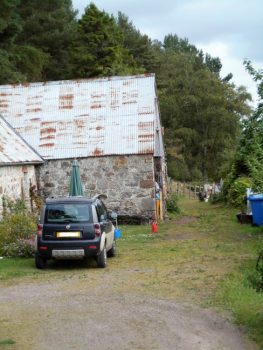 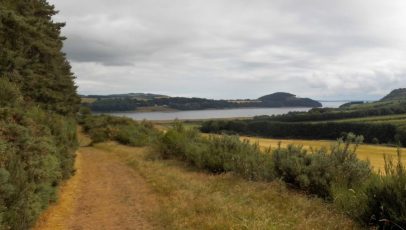 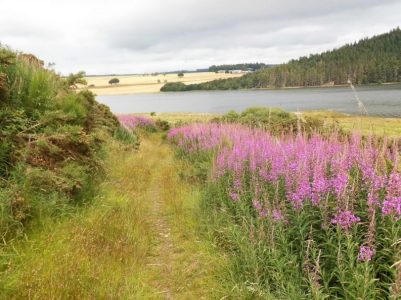 Oyster catchers and Shelducks congregated on the bay. By the time I reached Munlochy village I was hot and sweaty and ready for a drink so the Allangrange Arms was irresistible. The locally brewed [Cromarty Brewery] Happy Chappy pale ale was perfect with a salmon bagel. In the village was an impressive church, unfortunately locked, with its presbytery alongside. 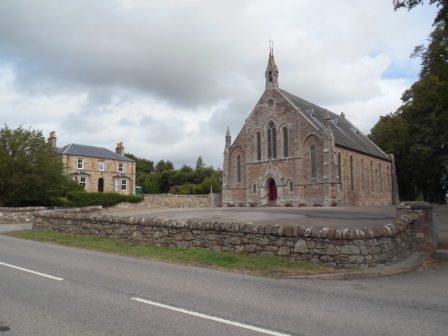 I followed a sign for forest footpaths, birch and pine, to the Clootie Well, a place of pilgrimage where a cloot or rag belonging to a sick person is hung in the hope of a cure. I wasn’t prepared for the vast amounts of rags deposited within a 50 yard radius of the well itself, every tree was festooned. 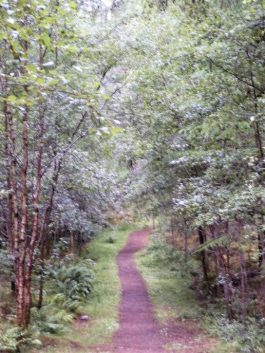 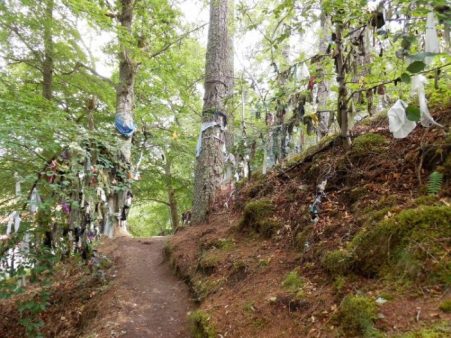 I used small lanes passing crofts and cattle but no traffic to take me over the hill to Culbokie, a small hamlet with a shop and a part time pub.

I stocked up with salad items before going down to my evening’s B and B. This proved to be a characterful lodging with sociable hosts and dogs, lovely rooms and a view over the Cromarty Firth and distant Ben Wyvis. Whilst watching the sunset I got to sample Steve’s home brewed beers which were every bit as good as many a micro brewery. 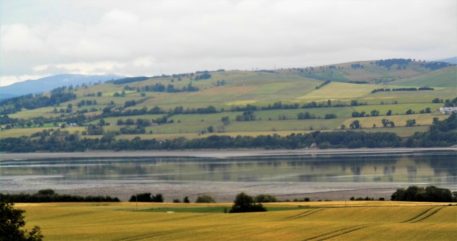