This all happened a few days ago. I’d driven up the minor road from Slaidburn which heads over the hills to Bentham. As I crossed the watershed at the Cross of Greet I became aware of the vast landscape ahead of me. The Yorkshire peaks of Ingleborough and Whernside, the Barbon Fells and the distant Lakes overlooked a barren landscape of upland moor. There is nothing but sheep up here and they tend to sit on the road creating an additional hazard. I’m on my way to meet up with Sir Hugh whom I’ve not seen for 6 months due to Covid problems.

From the Taham Fell road, there is a turning to Botton Head, a culdesac, more of that later and then a sign to the mysterious Lowgill. I drove down the steep narrow lane hoping nothing would come the other way. We have arranged to meet in the village near the school where parking is just possible. 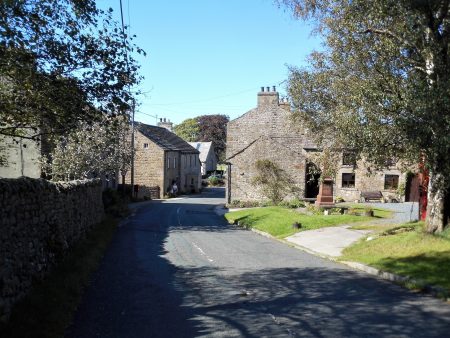 We had an idea of a route up and down the valley of the Hindburn River using paths and lanes.

The paths turned out to be little used and finding the bridges to cross the numerous streams became a challenge. The first path took us up to the little Church of the Good Shepherd, erected in 1888 by the Lancaster church architects Austin and Paley. Well named as these Tatham Fells are home mainly to sheep.The road leading up to it was 1in4 with an acute bend which must make attending Sunday service in an icy winter exciting.

The Hindburn was running high and the water was the colour of a well-brewed Pekoe tea. The way we chose ran alongside for a while. The name, as in neighbouring Roeburndale, is from the deer that roamed these parts in large numbers. I imagine there will still be a few about when you are not looking, as are red squirrels apparently.

We were in pathless sheep pastures with the occasional old barn helping navigation, distant Ingleborough kept popping up on the horizon. 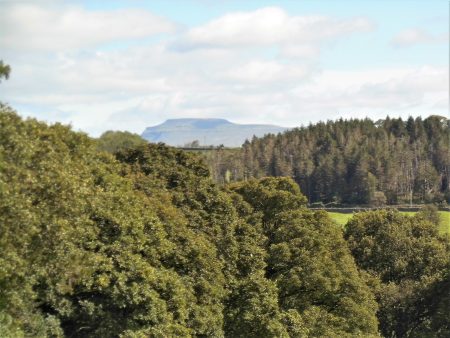 For a while we walked alongside the River Hindburn. 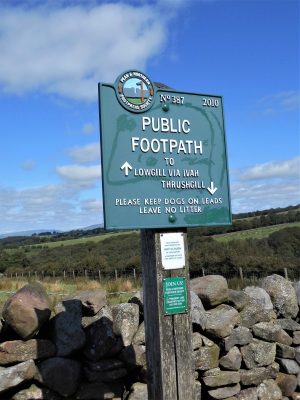 Lower Thrushgill was the first inhabited house we came across, tastefully restored from its 1798 origins. At one point the path going by it seemed to head straight into their conservatory. 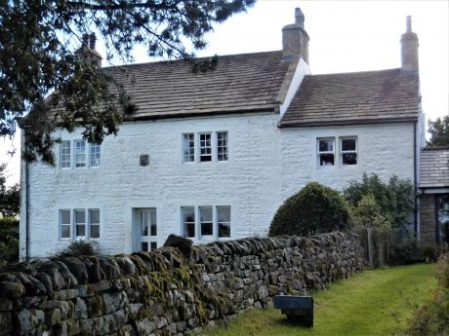 Out on the lane we met up with a friendly deaf and mute man clutching a poorly photocopied map of the area, we helped him on his way by pointing out hopefully the correct route. He was the first person we’d seen all-day but shortly afterwards we met a lady and boy with their dog. The boy had been bathing in the river – simple pleasures reminiscent of my own childhood.

We crossed the river and walked up to Botton Head Farm at the head of the valley. This old farm dating from the C17th is at the end of that culdesac road I’d notided on my drive over. The farmer, had he seen us coming? emerged for a chat which pleasantly gave us some history of farming in the area and more. He had lived here all his life and seen most of the surrounding farms abandoned and bought for restoration as country residencies. The land becomes rough, suitable only for sheep and the scattered barns no longer needed. A dying breed. At least he put us on the right track for a lost bridleway which had us searching for stiles and bridges. 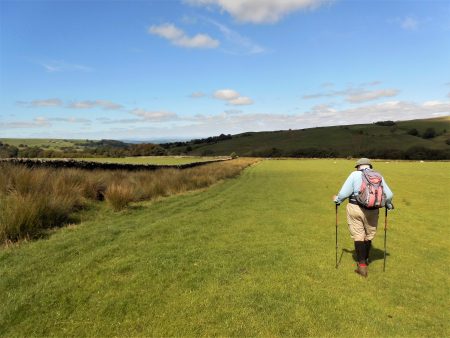 A magic spot by a side stream served lunch in the sunshine.

The lost ways were ‘followed’ to a farm building strangely named Swans and then a track to the road at Ivah. Here we met up with the lady and her dog, now much friendlier [ the dog that was] and coming down the lane a jubilant walker doing sign language. He had completed his circuit, thankfully our earlier directions had proved correct and helpful. Despite his limitations, we made out that he was ‘buggered’ from the day’s exertions. We weren’t that tired as we strolled down the lane to the few houses that make up Lowgill. 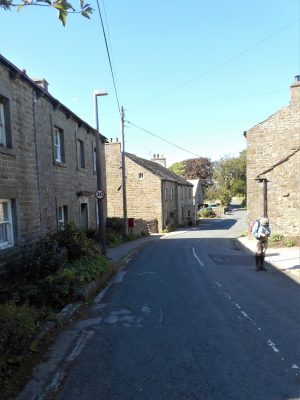 An impressive marble monument was in a prominent position by the road remembering four souls lost in WW1.

Until 1960 there used to be a public house here, The Rose and Crown, this may have been it… 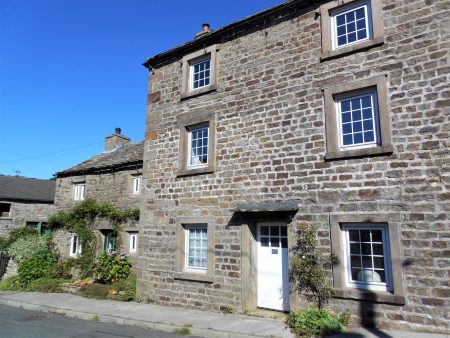 A lot of the houses had collections of presumably local stones from the fields. They looked like tortoise shells and felt heavy. I need to correspond with ‘the Rockman’ for their origins – he came up with name  ‘septarian nodules’. Concretions of sedimentary rock and minerals from the Cretaceous seas 50 – 70 million years ago.

So our six-mile exploration of this hidden Bowland valley had been a complete social distancing success. We parted with ideas of another equidistant meetup and walk in the near future.

My quandary was whether to take the easy option of going north to link up with the motorway home or go back over those lonely hills. The latter won so it was topdown for a road trip as good as anywhere in England. 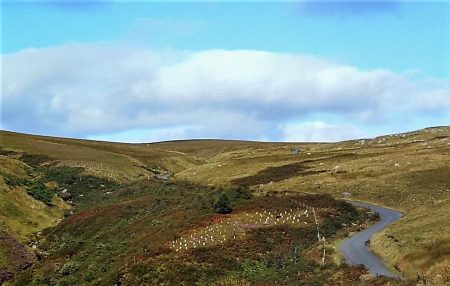 Source of the Hodder.

17 thoughts on “HAVE YOU BEEN TO LOWGILL? THE FAR SIDE OF BOWLAND.”