Today was supposed to be an easy 10/12k warm up [although the temp was climbing into the 30s]. This is very rural Valencia and the 18k taxi ride into the hills seemed to emphasize the isolation. I’m walking south on the GR7 for six days. I was dropped off at the few houses of Benali,  originally an Arabic settlement. There is a fuente [spring] at on end and a chapel at the other.The houses have been restored as a Casa Rural, though one would get a surprise at the remoteness if booked for a week’s holiday. Nobody about today. I quickly picked up the familiar red and white flashes denoting the GR7 … 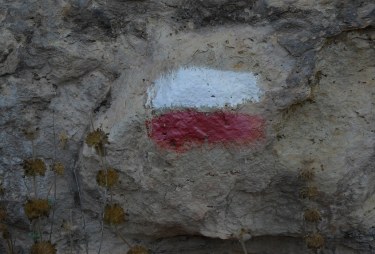 … setting off along an old lane leading from the houses. It was great to experience once again the heady scents of rosemary, marjoram, sage and pine drafted up to me as the heat rose. Tree heathers were in full bloom and attracting the bees. 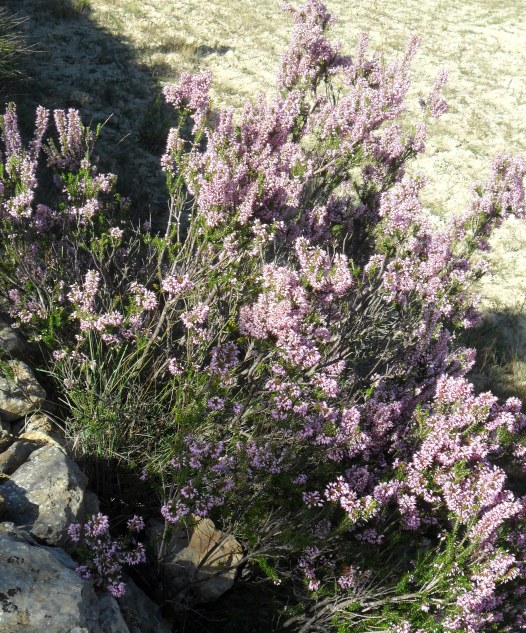 There were a few early Autumn Crocuses bursting out of the stony path. 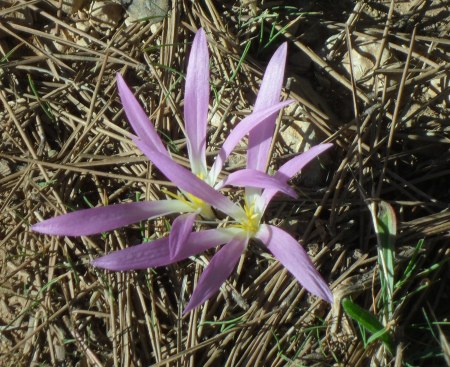 In the background was the peak of Caroche 1126m, which has to be tackled next time when going north.

Well marked tracks took me quickly south past a few abandoned farms until above a limestone cliff. I lost the waymarks here and spent a lot of time wandering on false paths with no paint marks. In this type of country you can’t go off track, the vegetation is so dense and prickly!  Hot and frustrated I eventually found the onward path down a rock step in the steep limestone. It had been there all along. 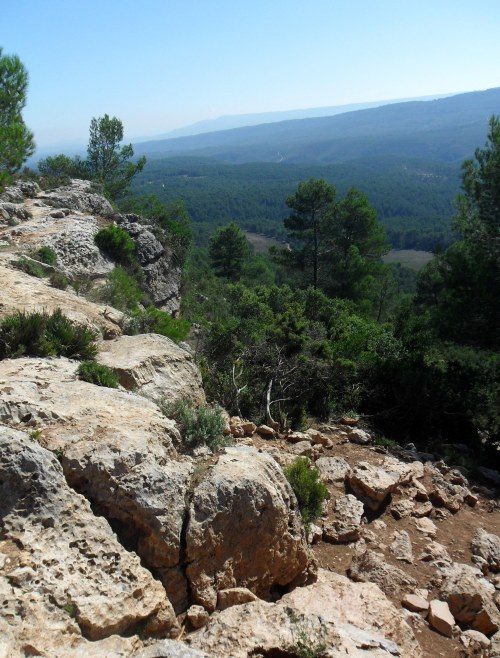 I thought I was on my way into the next valley until stopped by a further band of overhanging rock which proved to be very beautiful but stubborn to give up a way through. Notice the prickly pears. The day was disappearing. 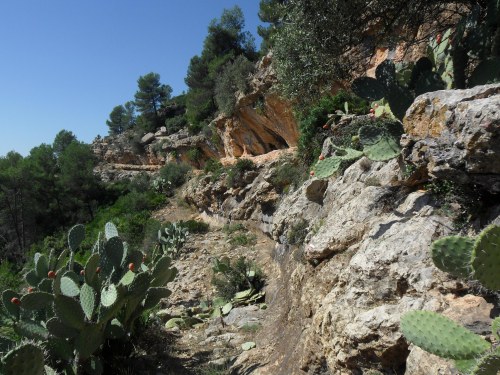 A very steep and slippery path took me down towards a forest track and on to an old farm. I was greeted, as usual, by the sound of barking dogs – there were up to twenty, thankfully, behind a fence. The way round the farm wasn’t obvious but a young lady appeared and explained that the farm was being used as a dog rescue sanctuary. That could be a big ask in Spain!! She was pleasant and offered me water and pointed me in the right direction. 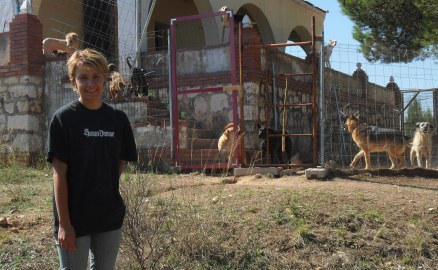 Unfortunately her directions didn’t work out too well and I was soon criss-crossing the rough ground looking for waymarks. Cursing I eventually found my way down to a series of barrancas. In the shade of a rock wall I was glad of a rest and some food. Now a way had to be found back up through the thick vegetation to my destination at the peak of Tintorero 765m. This next couple of kilometers must be some of the worst I’ve experienced in Spain. Steeply upwards all the way through the thickest of prickly plants. When I’d stopped earlier I found I was being savagely bitten by mosquitoes so I donned my over-trousers to stop the assault.Despite being hot and sweaty I was glad my legs were protected from the thorns. This path needs some attention otherwise it will disappear into the hillside. 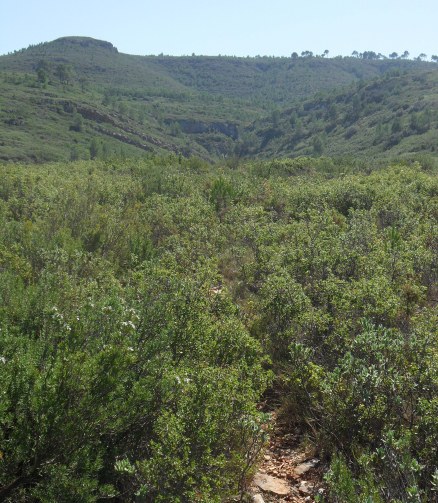 Glad to reach the road next to the peak’s trig point.  Not a car to be seen on this desolate road for 20 minutes. 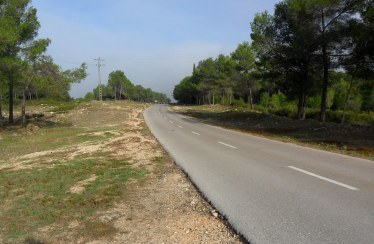 But then the first appears, stops and takes me back, 20K, to my hotel!

In the pool before you know it.