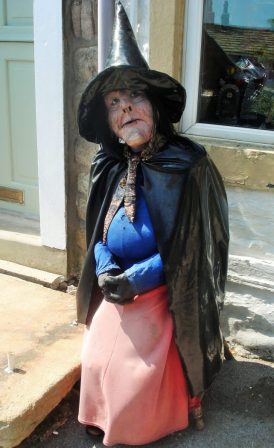 It was a hot morning when Sir Hugh and I parked up next to the Heritage Centre in Barrowford, the start of The Lancashire Witches Walk. Having  found the first tercet installment with its verse and witches’ name we set off through the alleys and cobbled back streets and were pleasantly surprised by the hidden beauty of the town. There were many reminders of its industrial past and we contemplated the human movement to and from the mills on the footpaths we were following today. 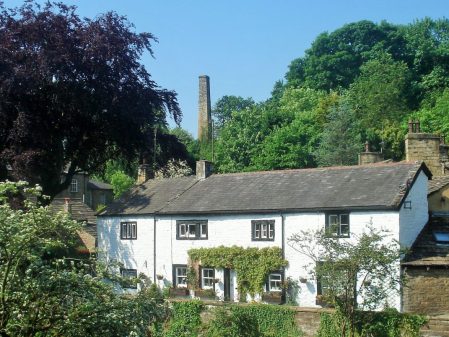 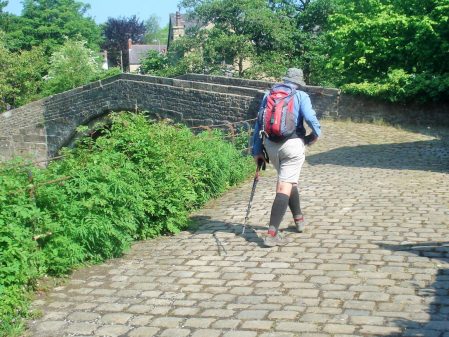 Soon we were out into rural Lancashire at its best, undulating tracks between small stone built hamlets, over fields and alongside sparkling streams. 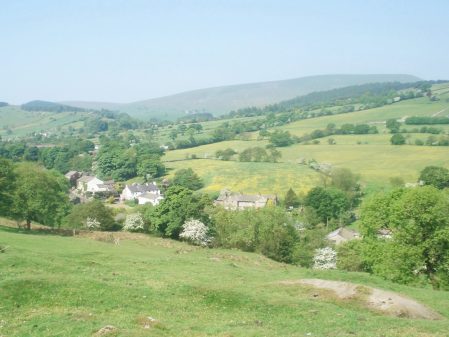 On arriving in Barley we suddenly collided with mass tourism alongside Pendle Water – more Blackpool than countryside. Somehow we missed the cafe. 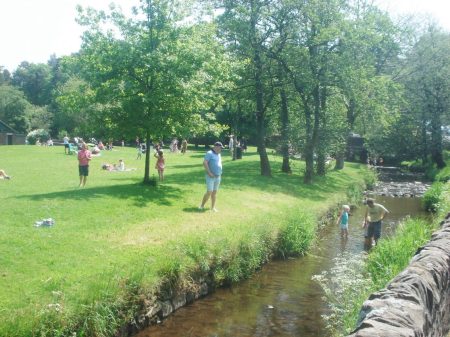 Then we were climbing away and passing the presumed site of  Malkin Tower, home of the Demdike family, a ruined hillside farm. 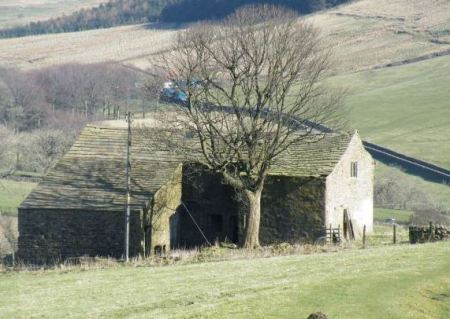 The next hour passed pleasantly but aimlessly circling round Lower Ogden Reservoir passing another tercet. 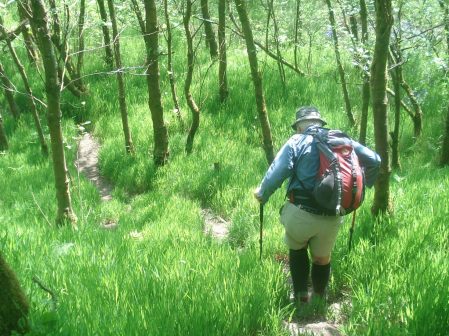 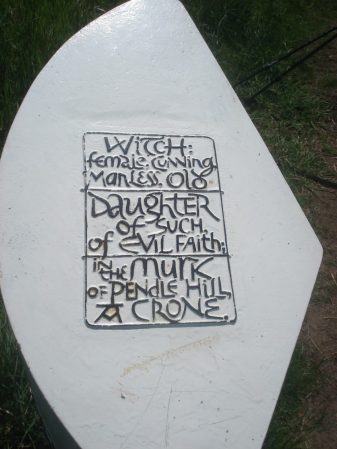 We ate lunch in the shade high above Newchurch in Pendle. Once in the village the Witches Galore gift shop had to be visited stocking everything from tacky witches to learned books, The lady owner had been there for 30 years and was a wealth of knowledge.  Sir Hugh emerged with a witch to scare his granddaughter and I another black cat, Impulsive shoppers. On a more cultural note we visited the church with its ‘eye of God’ to ward off evil spirits. 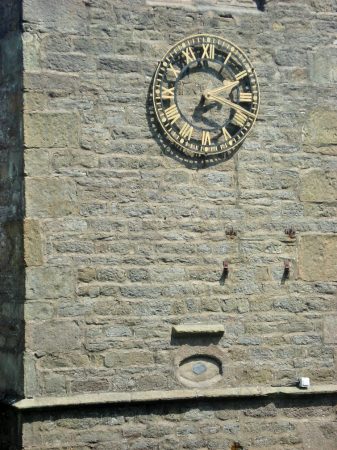 I was keen to visit the nearby Faughs Quarry where I’d climbed in the past and where there is a carved face in the rock, ?created by one of the quarry-men. 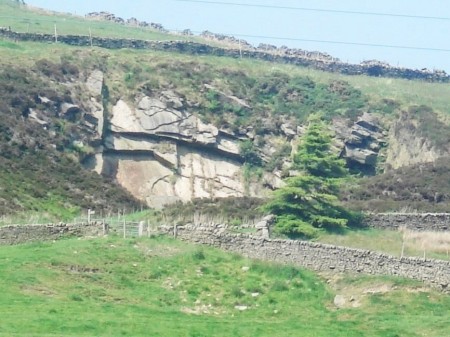 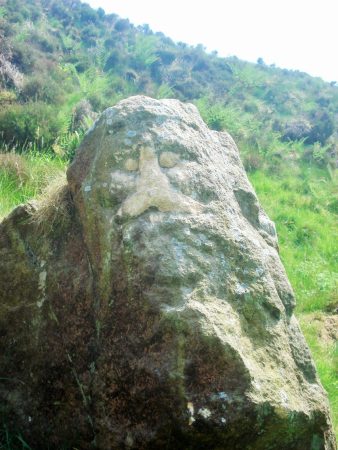 Up to the ridge, Rigg of England, with good views, and then down to the village of Fence where the pub is closed and new housing is taking over. 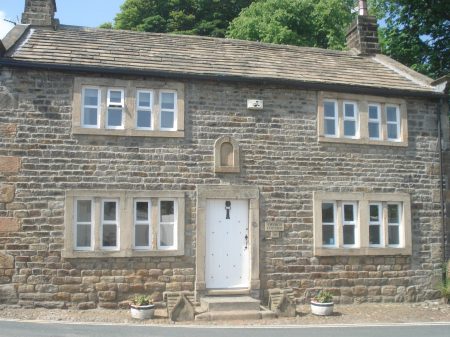 Along the main road Ashlar House was passed, here some of the witches were questioned by local magistrates in 1612. 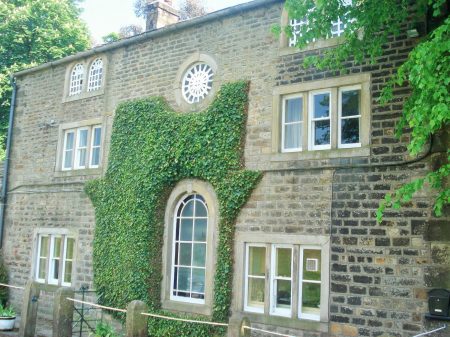 The route onwards through  Lower White Lee farm was not helpfully waymarked and we had the impression they didn’t want walkers on their land. We finished in Higham with its prominent pub, Four Alls Inn, where one of the  witches, “Chattox” was accused of turning the beer sour  and bewitching the landlord’s son! 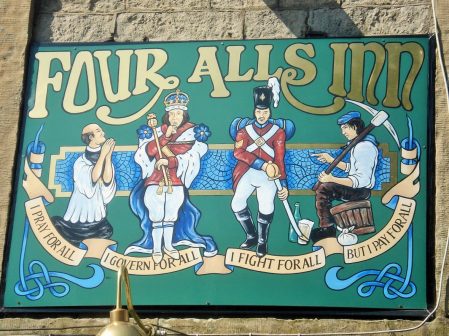 8 thoughts on “THE LANCASHIRE WITCHES WALK – Barrowford to Higham.”