We had heard there maybe a food van at El Pilar where we planned to bivy tonight so set off with high hopes. Today was much easier walking with well graded paths and not so much ascent. Steep zigzags below the refuge brought us back onto the caldera rim, though there were still no decent views into it. A late breakfast was taken sat on a branch of one of those magnificent Canary Pines.

A gun shot scared us, today is Saturday and one is allowed to hunt the introduced Barbary Sheep, a large horned goat, Arruis. All along the rim were hunters, presumably waiting for the prey to be driven up the hillside. Later we saw them driving away in their jeeps – I don’t think it was a successful day.

At Reventon there was a tap and a wall to sit on for lunch, we are slowly eating our way through the heavy load. We spent time watching a group of La Palma chaffinches coming to the font for water. 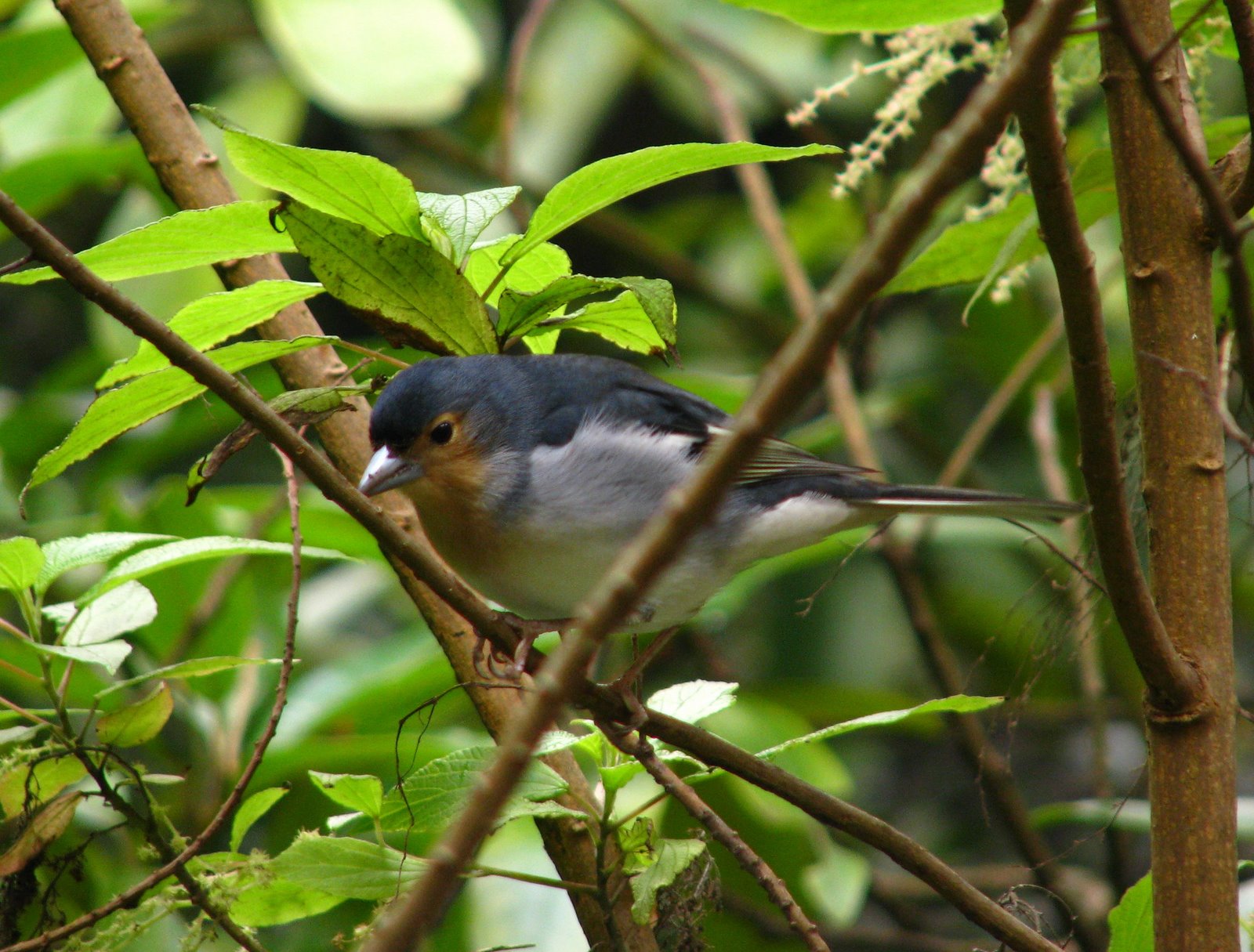 There was a sign announcing the incorporation in 2008 of the GR131 into the European walking route E7.

From here on a dirt track ran all the way along the ridge to El Pilar but the 131 has been diverted off it through the Laurisilva woods. We walked a bit of both as it was so humid and hot on the undulating ridge.

We were glad to arrive in the recreation area, El Pilar, and enjoyed a coffee from the van. There were lots of families enjoying the day barbecuing on wood fires, free wood seems to be provided. We approached the warden about bivying somewhere later and before we knew it had an official camping permit. Well we didn’t actually have it but we had signed a bit of paper. Supper of veggieburgers from the van was taken on one of the picnic tables, washed down by an unexpected bottle of wine, from the van! We even had time for coffee before he drove off. There were free toilets and showers on site. I had to explain to JD that this did not classify as a real bivi. Once the noise of revelers died down we slept fitfully as the night was so warm, no need for a sleeping bag at1500m.

The moon was shining sulkily,
Because she thought the sun
Had got no business to be there
After the day was done—
‘It’s very rude of him,’ she said,
‘To come and spoil the fun!’