The Carmichael Estate, The Falls of Clyde and New Lanark – interest throughout the day.

The number 91 bus dropped us back at the entrance to the Carmichael Estate, the ancestral home of Clan Carmichael for 800 years. Luckily there is a series of marked trails through the extensive grounds which are farmed for beef and venison.  Carmichael House was built in 1754 on the site of an earlier castle. In 1952 the roof was removed to avoid property taxes and death duties, a short sighted action, and it is now a substantial ruin surrounded by woodland. We found our way up to it – what a place it must have been in its heyday. We were surprised the public are allowed to wander in and out of the decaying buildings in these days of health and safety. Our path leading west traversed the once substantial gardens and even went through a pets’ graveyard. 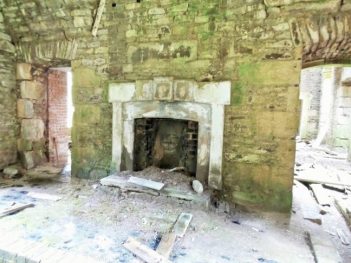 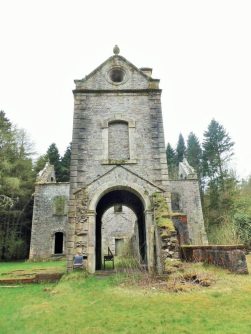 Once out of the estate we made our own way on quiet country lanes passing yet another abandoned railway and over The River Douglas. The small town of Douglas was only 5 miles away, Clan Douglas has associations there and JD’s ancestors were hereabouts. Tinto that pointed hill still loomed over us to the south. 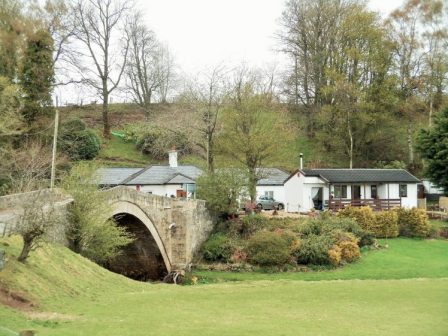 Bridge over the River Douglas.

We were making good progress towards the Clyde and only had to worry about a lane leading to a possible river crossing. Gates across the lane looked ominous but we squeezed by onto the banks of the Clyde and yes there was a way across the bridge at a water extraction barrage. Thankfully we didn’t have to risk the older crossing. 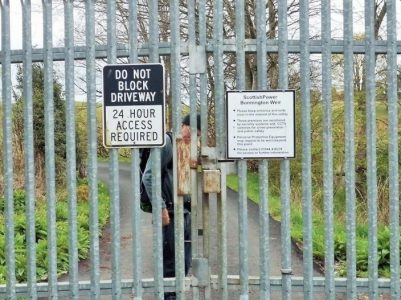 We were now on a waymarked trail visiting the Falls of Clyde. The Falls of Clyde is the collective name of four linn (waterfalls) on the River Clyde. This afternoon we would pass Bonnington Linn, Corra Linn and Dundaff Linn, Corra Linn is the highest, with a fall of 84 feet.  [The lower falls of Stonebyres Linn would be seen tomorrow] I had previously never heard of this area so was delighted when we entered a wild sandstone gorge with waterfalls round every corner. Despite the river level being low, blame that water extraction plant, this was spectacular. We passed a peregrine lookout but apparently they haven’t nested here for a few years which is a bit strange, is there persecution occurring in the area? 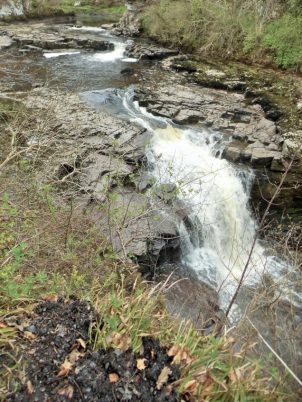 At a viewing point overlooking the falls there was a series of interpretation boards – the most interesting related to William Wallace. Thats what happens if you lead a rebellion against England, take note Nicola Sturgeon.

To complete a great day we entered New Lanark, founded in 1786 by David Dale who built the mills with Richard Arkwright to take advantage of the water power of the waterfalls on the River Clyde.  Dale built the cotton mills and housing for the mill workers. With his son-in-law, Robert Owen, a social reformer, New Lanark became a successful business and an early example of a planned village environment. The New Lanark mills operated until 1968. Thankfully most of the buildings have been restored and the village has become a major tourist attraction and a UNESCO World Heritage Site. You come round a corner and there in front of you is the mill complex which was far bigger [not another Biggar joke]  than I had imagined. Large water power powered mills with workers cottages perched above. I was impressed. We wandered around but didn’t pay to go into the various sites but we did visit the cafe in one of the old mills. As well as reaching the Clyde we were now on the Clyde Walkway which should take us into Glasgow. 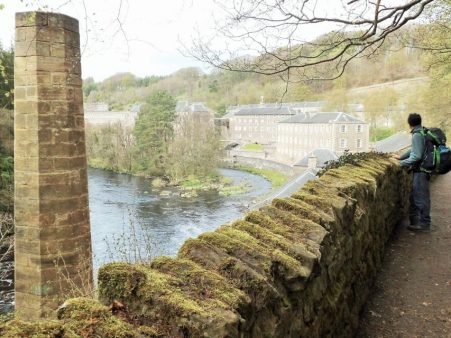 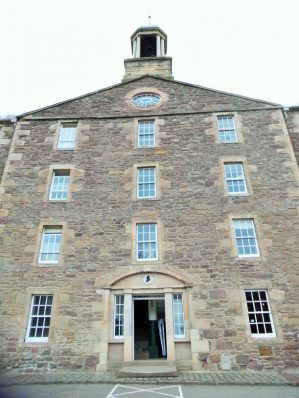 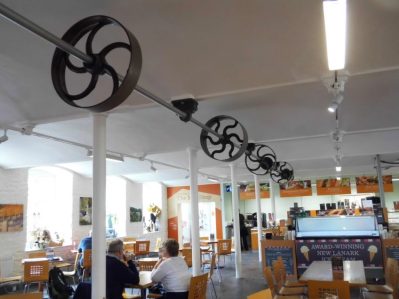 Resisting the road up into Lanark we followed the river for another half mile through delightful woods before a steep ascent up into Castlebank Park and to our wee b and b. 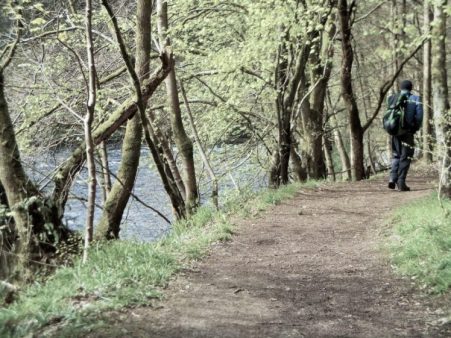 Lanark was an odd place with an even odder road system which seemed designed to kill pedestrians. We were here for two nights and would be using buses to help with logistics – surely not another number 91. 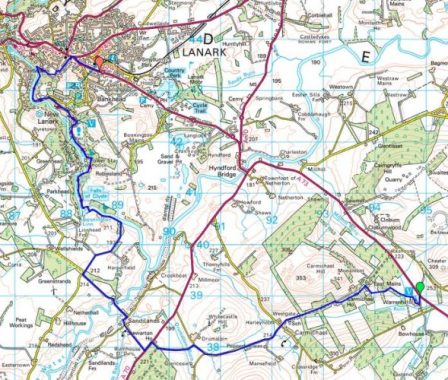