I was apprehensive, walking in a straight line as possible would take us on unfrequented paths, would the way be feasible. We left the village down overgrown Gypsy Lane and shortly after found a gate secured by a cord, a veritable Gordian Knot. Out came Sir Hugh’s, I’ll blame him, Swiss Army Knife and we were through.

We passed the ponds, ‘figure of eight’ where my children used to go fishing without much success but I’m sure they had an adventure away from parental supervision – they never drowned so I must have been doing something right.

The next farm-yard, where I’d previously climbed walls to escape, was now well signed and we even had a resident directing us to the hidden stile ahead though the accompanying foot plank, couldn’t call it a bridge, didn’t inspire confidence.

We reached a farm gate on a public footpath which was securely padlocked, no Swiss Army knife could cope, but as if on cue a lady drove up in her battered pick-up and opened up for us. Remonstrating about obstructed footpaths didn’t seem to be appropriate. All was pleasant rural scenery with scattered farms, some in better condition than others. 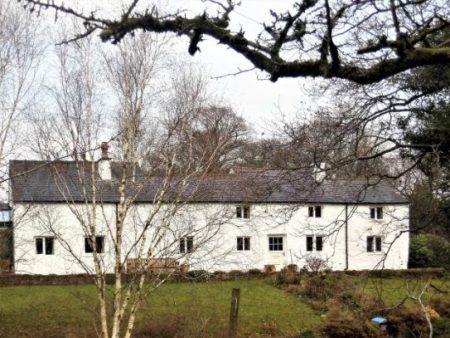 The next problem was of our creation, contentedly walking along the tiny River Loud we were almost in someone’s back garden when we realised we’d missed our path but fortunately a gate allowed our escape onto the road.

Things improved as we headed closer towards the Bowland Hills and Bleasdale. We passed the small rural Bleasdale School and headed for the church where our car was parked. We were last here in gale force Ali. A group of fell runners were just setting off for a quick few miles and we exchanged pleasantries. Walkers, climbers , cyclists, runners tend to have a common background. 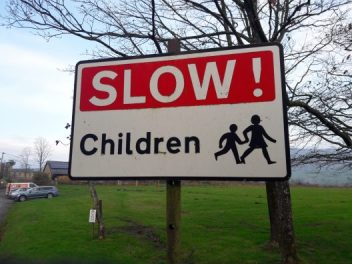 Is that an Ofsted verdict? 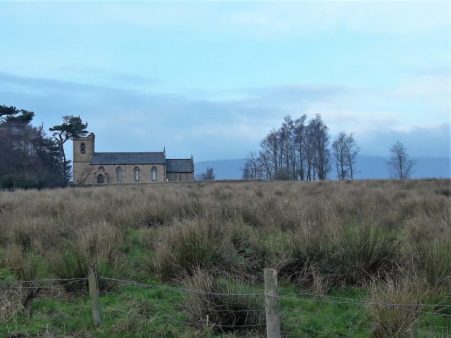 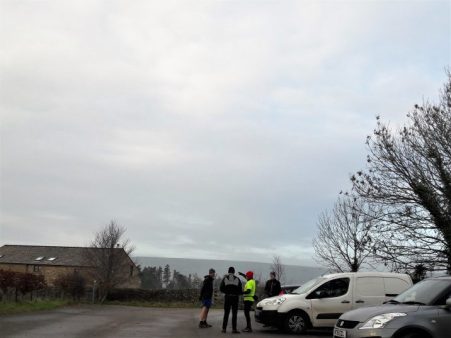 We had completed the first leg of our project with very little deviation from the straight and narrow and to be honest no serious obstacles except a lot of slippery stiles. Our way ahead over Hazelhurst Fell could be seen, the fell runner is pointing the way, but will there be any paths?

Yet another slippery stile. 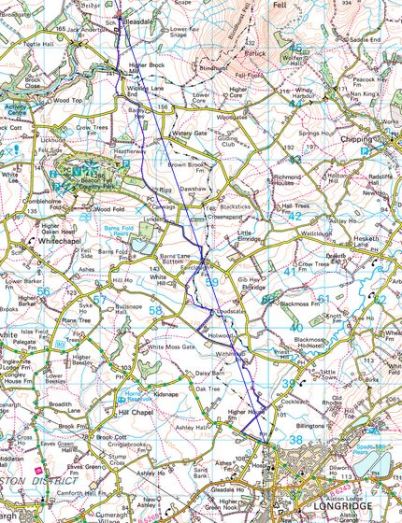 2 thoughts on “THE WAY OF THE CROW. First day, Longridge to Bleasdale.”