What could have been an uninspiring day in the hinterland of Bradford and Leeds turned out to be almost a green corridor of pleasant walking. It was not difficult to keep close to our lateral line with the proviso from Sir Hugh to incorporate a visit to his primary school in Thackley.

From the rail station in Saltaire we quickly reached the Leeds – Liverpool Canal to follow it off and on throughout the morning. At first all was industrial, historically relating to the canal with some fine mill buildings brought into the 21st century. 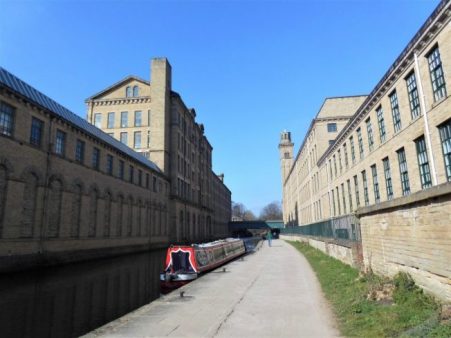 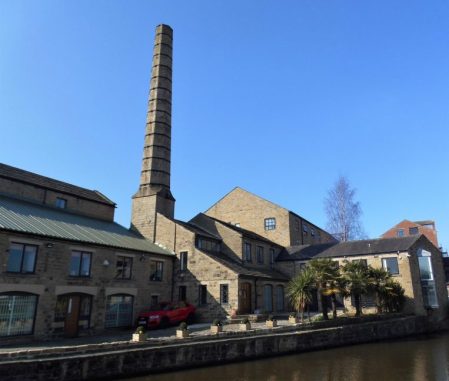 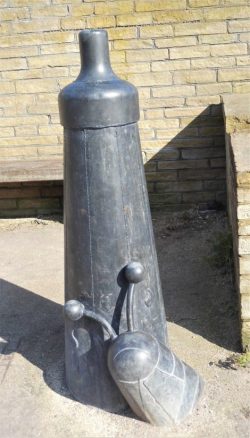 Hanging on the wall of my garage is an Ellis-Briggs cycle frame, probably 40years old, so I was delighted to pass their establishment which has been building steel frames since 1936. The cycling scene was booming in the 1930’s and the other notable established builder was W.R. Baines, whose factory was based at Thackley, see above and further into the walk. Coincidentally I rode a 1950’s Baines ‘Flying Gate’ cycle for many years.

Some nondescript scenery followed enlivened by some dubious and unsuccessful canal boat manoeuvering, it is difficult to do a three point turn.

Climbing away from the canal on cobbled paths above railway tunnels we entered Thackley, a mixture of old stone houses and modern estates, and found Sir Hugh’s school still open and extended since his time. Up here was the local cricket club with a very challenging sloping pitch, Sir Hugh’s father had been a member.

From the map we were not sure whether we could access the canal towpath from open country but thankfully there was a bridge. Soon we were sat on a bench looking down locks near Apperley Bridge, this was a busy stretch with pedestrians but no boat movements. 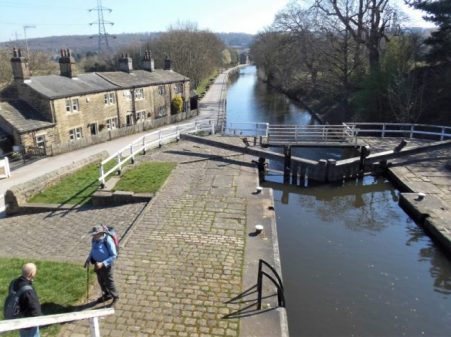 Crossing busy orbital roads took time unless there were lights. We switched from the canal to follow the River Aire alongside the sports grounds of Woodhouse Grove School. The river continued through remarkably rural scenery despite being close to the railway and new housing developments.

Pleasant suburbs gave us twisting streets heading for Hawksworth Park which turned out to be a wooded valley. More parkland and upmarket housing and we arrived at our excellent budget hotel for the night. 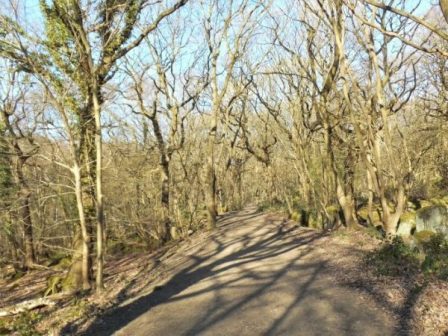 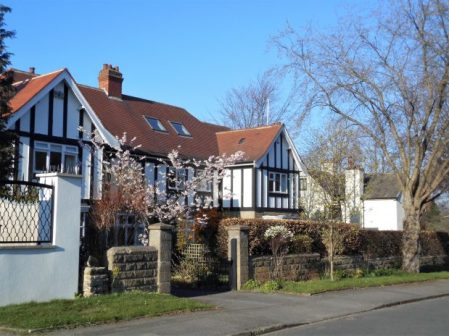 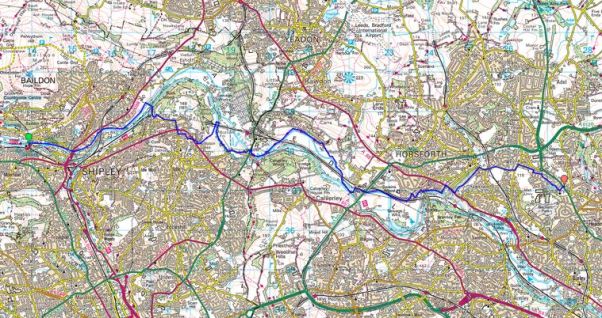