My day starts rattling along on the NothernRail train to Burscough. The morning mist is lifting off the fields and blue skies promise a good day. I’m starting a loop around this unfamiliar area hoping to spot more religious sites than on my first outing on this Lancashire Monastic Way. One of the first streets I turn down in suburban Burscough is Chapel Lane  – a good start. And yes there at its end is Catholic Church of St.John the Evangelist, C19. Next to it is the rebuilt Burscough Hall Farmhouse which dates from the early C16/17 and where services took place before the church was built. 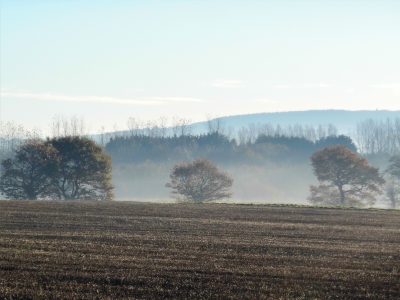 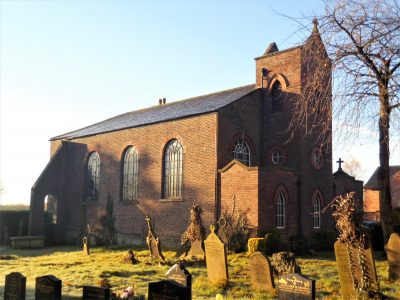 The hoar frost defines the path across marshy ground whilst giant diggers joist on a nearby landfill site, all very romantic.

I’m aiming for the remains of Burscough Priory, in a private garden but visible in the winter months – just. 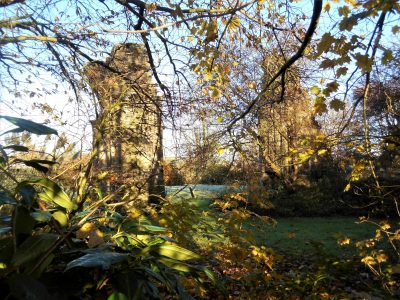 The priory was established in the late C12. and followed the Augustine order, named after St. Augustine of Hippo an early Roman African theologian. Apart from being a religious institution, the priory looked after the needy and the traveller until dissolution. All that remains are two massive Gothic pillars from the central church tower.

Next door is a large residential caravan site where this unusual car was seen, ?a self-built cross between a Nissan and a 2CV.  From the sublime to the ridiculous. 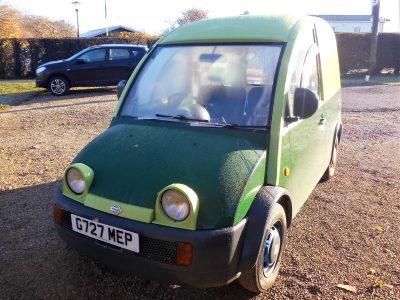 On the corner of the lane is Cross House and there is the base to an ancient cross suggesting a pilgrim route. 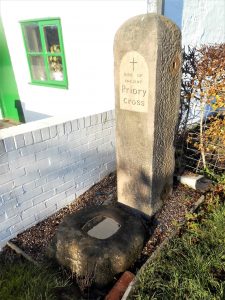 and a Keepers Cottage, 1868 in the Jacobean Style…

More of the Lathom Estate followed across the road at a gateway to the estate where there are two octagonal gatehouses, one occupied and the other up for sale.

The gates themselves have very ornate stonework…

My main object was the Lathom Park Chapel, established in 1500 by Lord Stanley, 2nd Earl of Derby, from benefits received after the Battle of Bosworth. It escaped suppression at the Dissolution of the monasteries. Attached are some delightful almshouses. 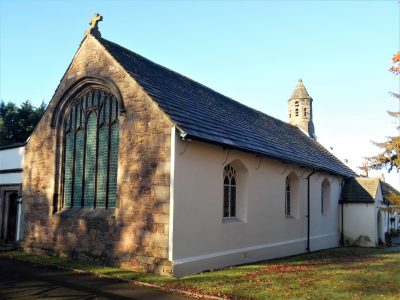 Nearby in fields below the remaining west wing of Lathom Hall was a nostalgic remembrance statue. Let us not forget… 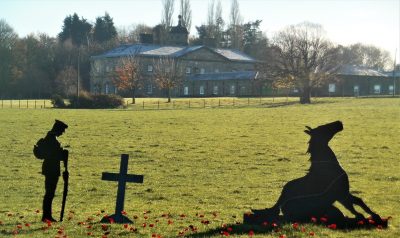 This has a particular significance as the Lathom Estate played a key role in the British war effort during the First World War as a Remount Depot. Lathom offered his land so that horses and mules could be prepared for their duties at the front line. Horses came to West Lancashire from all over the world. After unloading they were ‘drove on the hoof’ through the country lanes to Lathom. The park was divided into ‘squadrons’ of 500 horses, each with its own superintendents, foremen and 150 grooms. The War Office statistics indicate that between September 1914 and November 1917, 215,000 horses and mules passed through Lathom Park. There was a recent stone memorial dedicated to these forces. 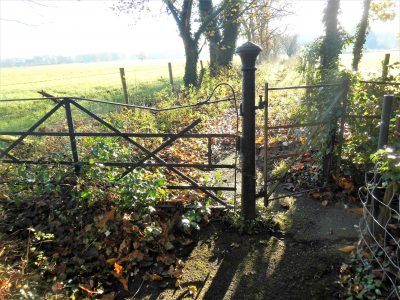 … to yet another war memorial to Lathom residents… 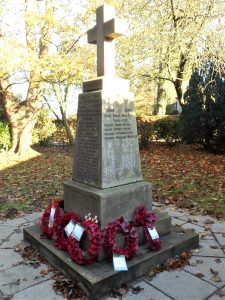 I was not looking forward to the walk alongside the busy B5240 but it soon passed and there were a few interesting properties of unknown origin. 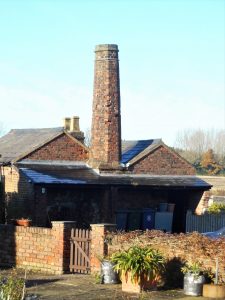 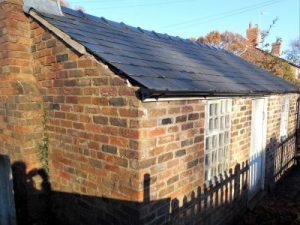 I was then back on the Leeds Liverpool canal with a long-distance view of Ainsworth Mill, a mid-C19 steam-powered corn mill handily located next to the canal.

I was soon at the junction with the Rufford branch, my way ahead, which leads to the River Ribble and the Ribble Link to the Lancaster Canal.

After the top lock, I came face to face with a blocked towpath, they were replacing the railway bridge over the canal ahead. A massive crane was being used to lift sections of the bridge and there was obviously no way I could sneak through. However, a little lateral thinking and a few fences climbed had me back on my way.

The flat fields hereabouts are perfect for growing turf and I watched a clever machine ‘harvesting’.

Fast walking followed along the towpath towards Rufford. I was surprised to see in the far distance the Bowland Fells, Longridge Fell and Pendle. Winter Hill was a little closer.

I crept past these sleeping swans and went through the stone bridge circle. 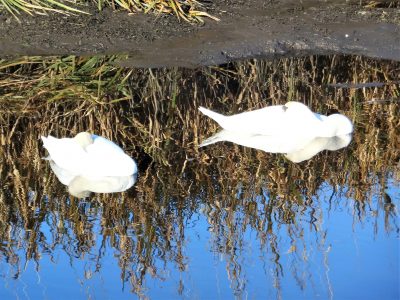 As you arrive in Rufford there are busy marinas on either side of the canal.

I had time before my train to look at the Church of St. Mary the Virgin, built 1869 on the site of a 1736 Chapel. The church was closed and I wandered around the graveyard looking for a C11 preaching cross. Luckily a churchwarden appeared from nowhere and pointed out the said cross base [with an incongruous addition] along with a mass grave from when the church was extended. He pointed out one more gravestone with the words  Richard Ally   Bassoon
The inscription was a reminder of the time when the choir, stationed in the west gallery sang Psalms to the accompaniment of Instruments of Music, which included a bassoon,  played
by Richard Alty. Apparently, the said bassoon is preserved in a case in the church – I wish I’d had time to see that. Inside the church are also several monuments to the Hesketh family closely associated with the nearby Old Rufford Hall. 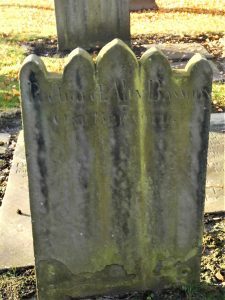 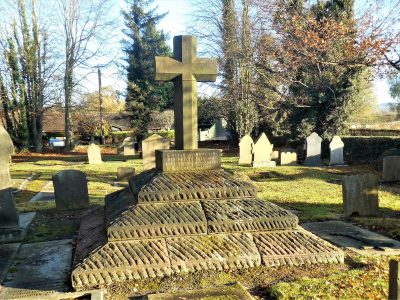 I caught my train and was back in Preston before dark.

2 thoughts on “A LANCASHIRE MONASTIC WAY. 2. Burscough to Rufford.”