Longridge Fell from the south, Kemple End is the steep bit at the right.

JD and I are sat in the bus station at Clitheroe waiting for the Skipton bus to arrive with the pieman on board. The alloted time passes and we wonder if we are in the right place, we circle the area in our car but no sign of him or the bus. The phone call elicits that the bus broke down! We look at each other and as the day is dismal and I lack enthusiasm we drive home  for other pastimes,  ie gardening.

Fast forward 24 hours and we are sat in Clitheroe bus station once again. I must admit the weather was far better today so we hoped the pieman would arrive. He did and within 10 minutes we are parked up at Higher Hodder Bridge at the base of Kemple End, the east end of Longridge Fell. After a stretch by the Hodder we start a fairly easy zigzag ascent of the fell. Behind us were views across the Ribble Valley to Pendle and Waddington Fell. We emerged at the road and stripped down to shirts for the rest of the 1000ft ascent in increasing temperatures. 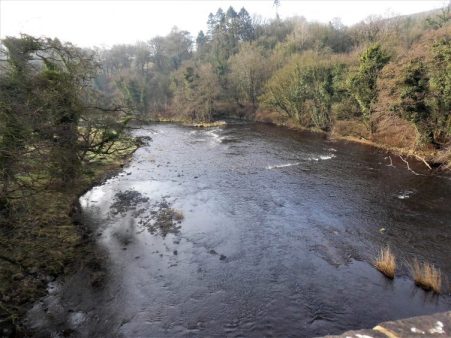 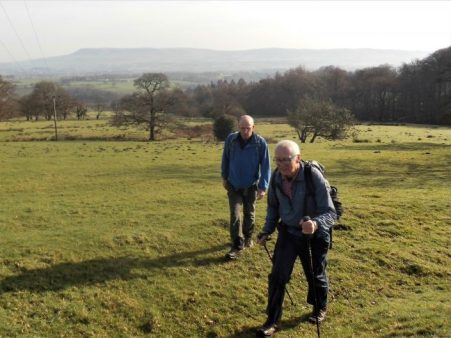 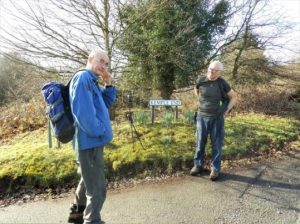 A mixture of tracks and paths through the forest where there has been a lot of clearances of late, a magic route opened up in front of us. The lighting seemed to transport us to some alpine approach but there were no snowy peaks above. Familiar tracks head up the fell though in some places wind damaged trees create diversions. We came out of the trees at a well known viewpoint overlooking Bowland, the Three Yorkshire Peaks were in haze. 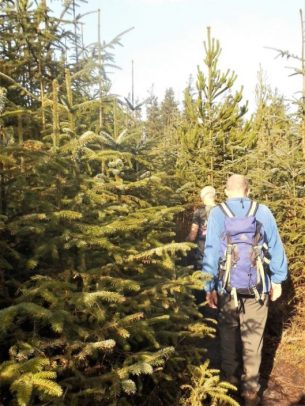 Magic light amongst the trees. 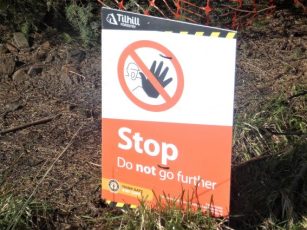 There is a way through. 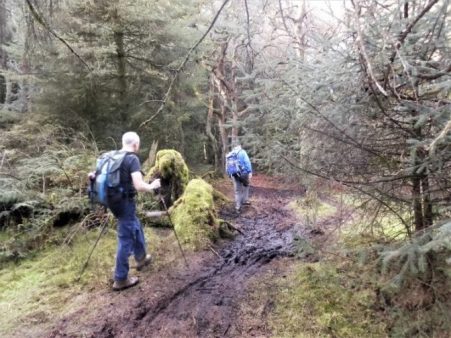 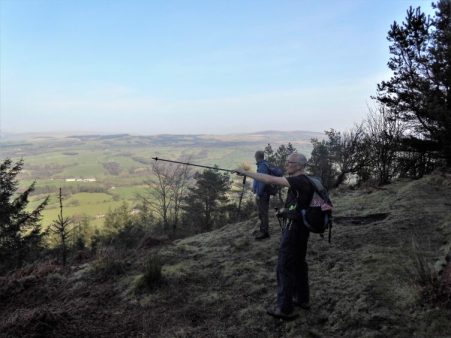 Our guest from Yorkshire is impressed by the scenery and we eventually arrive at Spire Hill the summit of Longridge Fell at 350m. At the trig point is a man talking on short wave radio as part of the Summits on the Air scheme.  He was mainly concerned with radioing his position although he requested a summit photo. Listening in to his pointless conversation with some unknown person made me think why we climb summits. We were sweating from our exertion, ready for lunch, breathing in the air and enjoying the situation and views particulrly of Chipping Vale and the Bowland Hills. It takes all sorts. 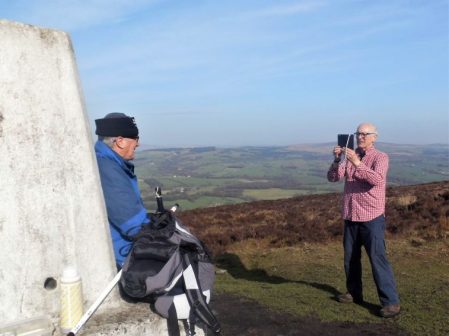 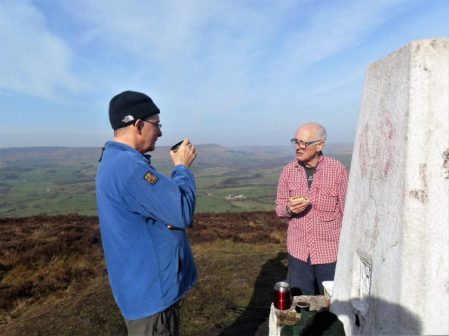 We had been climbing steadily all morning but from now it was gently downhill. The view over the Fylde was rather hazy but the sunshine became warmer as the day wore on. There was some unavoidable road walking past the golf club. This now popular venue had humble beginnings as a 9 hole course which was amalgamated with Preston Cycling Club at the beginning of the 20th century. They built an early clubhouse shared with the golfers and as time passed the golf developed and the cyclists moved elsewhere but the badge still remembers the joint beginnings. 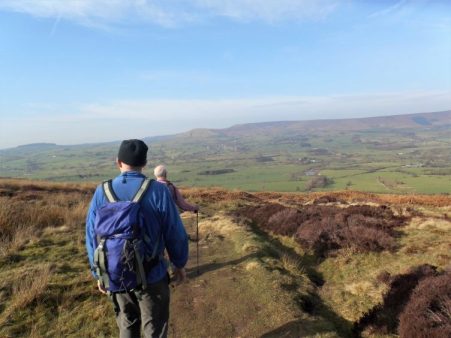 Heading down with Parlick and Fairsnape in the distance. 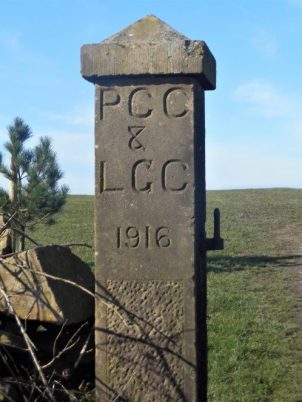 When it all started. 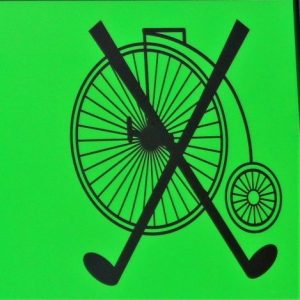 We took to fields again and entered Longridge via the old railway line used by the stone quarries. We had spent the whole time walking Longridge Fell, about 7miles as the crow flies, hence its name. Cutting through the streets we completed our house to house route from Skipton. Well that’s another of my straight lines accomplished and very enjoyable it has been; beautiful varied scenery, interesting history and good companionship with enough exercise on each occasion to fill a winter’s day. But now Spring is upon us thoughts drift to wider horizons. 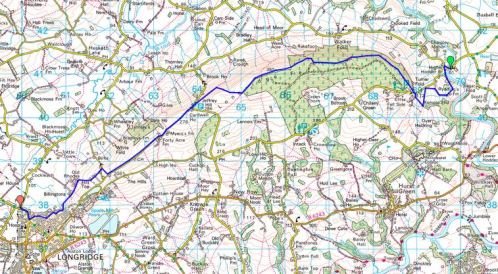 3 thoughts on “SKIPTON TO LONGRIDGE 4 – A sunny Longridge Fell.”